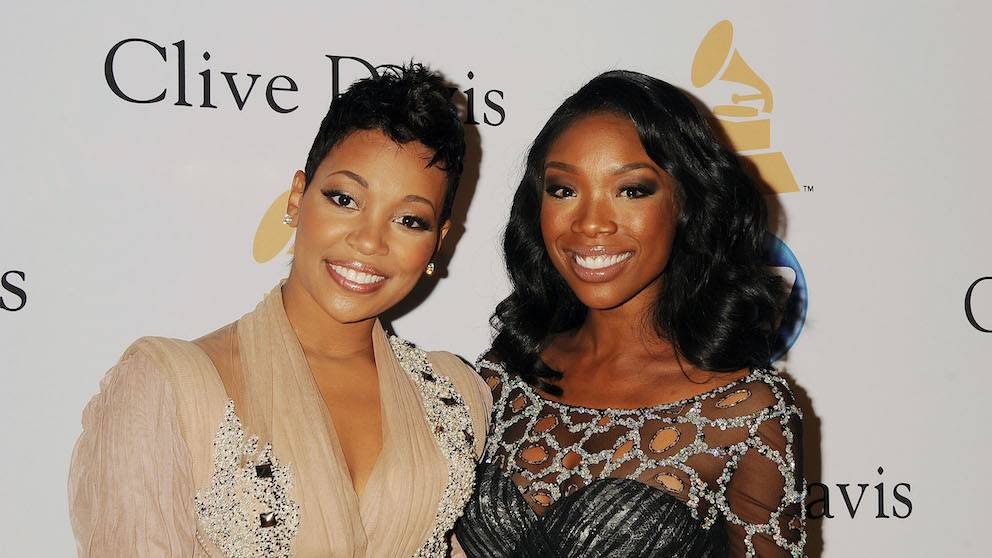 Brandy versus Monica was perhaps the most anticipated Verzuz battle since the Instagram Live series kicked off earlier this year. Why? Because their history is marred by a long-running feud and getting them to agree to a battle was a miracle in itself.

But as Monica promised in an interview with Entertainment Tonight, the Verzuz platform was the ideal spot to put the feud to rest. The main event commenced on Monday (August 31) at 5 p.m. PST and before the two R&B superstars even arrived, over 500,000 people had tuned in. By the time they showed up, over 1 million people had shown up.

During the first half of the event, Brandy and Monica addressed the decades-long tension between the two and agreed all of the attention on it made it worse. They went on to express the mutual love and respect they have for one another despite their sordid past. Brandy also revealed Missy Elliott, who wrote and produced lots of Monica’s material, played a role in getting her to agree to the Verzuz battle in the first place —  but there were a few awkward moments.

At one point, things went momentarily left after Brandy attempted to make a joke about the time Monica slapped her backstage at a show, something producer Dallas Austin talked about in a 2019 interview with VladTV.

“People already think I’m abusive,” Monica said, noticeably annoyed. “Why would you say that? We had an disagreement. We know I’ll kick in a door when it comes to the opposite sex, so I kicked down a door.”

Brandy apologized profusely and admitted she shouldn’t have said that, noting, “This will probably go viral.”

The slap joke from Brandy almost did it lol https://t.co/wNWq1ARIoI

Thankfully for their fans, they moved on quickly and Brandy talked about an embarrassing moment she had with the late, great 2Pac.

“2Pac walks by me and he says, ‘Hi Brandy’ and I couldn’t believe he knew who I was,” she said. “He’s like, ‘I wanna be down, right?’ And all I could think of — and I beat myself up for like two weeks after this — I said, ‘Westside.’ It was a mess. Later on, I heard my name on one of his greatest songs so I want to play that.”

From there, she went on to drop ‘Pac’s “Me & My Girlfriend” before going into “I Wanna Be Down” featuring MC Lyte from her 1994 self-titled album. Monica then threw on her iconic single “Don’t Take It Personal (Just One Of Dem Days)” before Brandy moved on to “Baby” from the same aforementioned album and Monica hit her with “Until It’s Gone” from 2012’s New Life.

As the two women continued to exchange songs and beautiful sentiments about their careers and relationships, Twitter couldn’t forget about that slap and promptly fired off plenty of comments and memes to mark the moment.

Check a few out below.

Brandy acknowledging she got slapped up by Monica. This is priceless #Verzuz

Brandy seems like she having fun. Monica like… "you got one more time to make a lil jokey joke" pic.twitter.com/RKt4zSHud2

There is a reason Brandy and Monica haven’t been in the same room in 8-9 years. #Verzuz pic.twitter.com/0jdU4u8hKE

So Auntie Mo did slap Brandy! 😭😭

Brandy has gotta go to therapy about this Monica slap because she is still carrying on about this 😭😂 #Verzuz pic.twitter.com/1XHp6A8u8R

Lmao Brandy not over that slap #Verzuz pic.twitter.com/vQeCQegVV8

So ya seen that brandy say 'Monica slap her right then try to play it off #BrandyVsMonica pic.twitter.com/FNUb0nFRCQ

Brandy probably still feels the sting of that slap every time she sees Monica.

If I was Brandy I would get my revenge and simply slap Monica for old times sake. But that’s just me