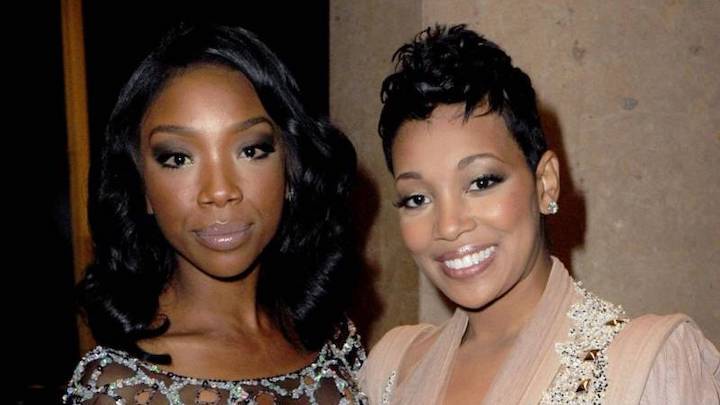 Brandy and Monica’s highly-anticipated Verzuz Instagram Live celebration takes place on Monday (August 31) and for the both of them, it’s the end to a long-discussed beef between the two.

Speaking with Entertainment Tonight, Monica says the feud will be finally put to bed after the event Monday night, which will be simulcasted on Apple Music and Apple TV.

“We’ve long removed ourselves from the dramatics of it,” Monica told ET. “We’re gonna have a very in-depth conversation that may possibly be shared even with the audience because there’s a lot that happens, the fans have no idea what really took place, what really caused the initial friction.”

@Brandy vs @MonicaDenise. This really ain’t a battle — it’s historic! First time since ‘98. Monday night at 5PM PT/8PM ET, the culture WINS 🏆 Live on @applemusic and Apple TV in HD, and on @verzuztv IG 🚨 #Verzuz Drinks by @Ciroc

Back in 1998, “The Boy Is Mine” was considered an instant classic, with an iconic video to match. Brandy and Monica took the duet and reached new heights, respectively. The track was nominated for three Grammys at the 1999 Grammy Awards, including Record of the Year. Ultimately, it won for Best R&B Performance by a Duo or Group with Vocal and remains the only Grammy win in Brandy or Monica’s careers.

The feud between the two began not long after the song’s reached No. 1 on the Billboard Hot 100, leaving fans, media personalities and others to pick sides.

“It was not something that I would say was anyone’s fault,” Monica says. “We all added to it and after a while it became real,”

Despite collaborating again for 2012’s “It All Belongs To Me,” both singers’ respective fanbases refused to let the tensions created in the aftermath of “The Boy Is Mine” die down. Now both Monica and Brandy feel that their reunion with Verzuz can mend not only their wounds but also be a teaching moment for an industry consistently ready to pit similar artists against one another.

“Hopefully, we can help some of the younger artists avoid doing the same thing because we did a whole lot more together than we did apart,” Monica said.

Although fans don’t exactly know who will claim “The Boy Is Mine” first when they square off on Monday, it still promises to be a fun piece of nostalgia for all parties. Revisit Brandy and Monica’s classic single below.