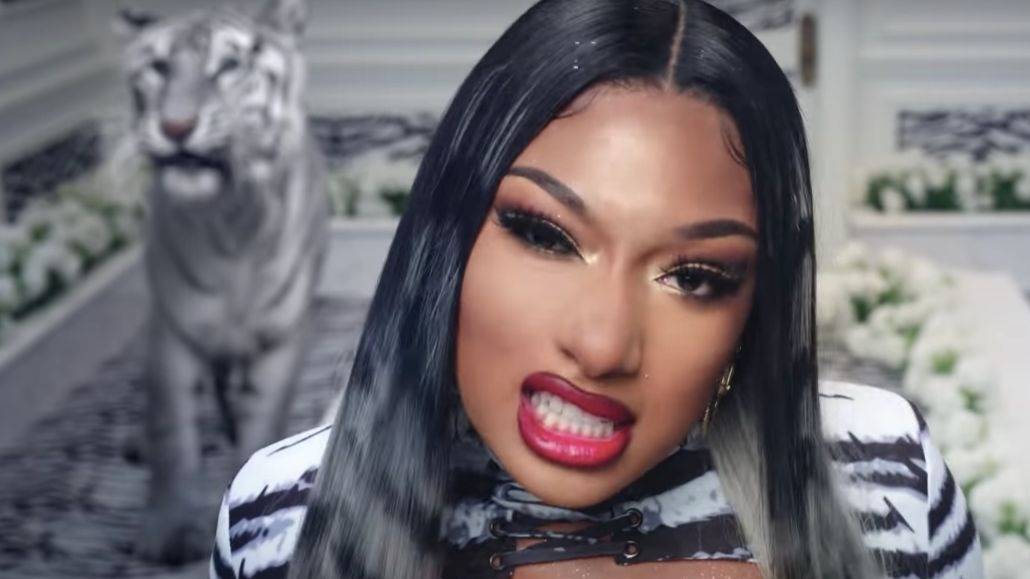 As if 2020 couldn’t get any weirder — now, Megan Thee Stallion and Waka Flocka Flame are trading shots on Instagram. On Tuesday (August 25), the two rappers ended up in The Shade Room’s comments after Atlanta rapper Cash Talk suggested Tory Lanez was possibly a victim in the now-infamous July 12 shooting.

“Megan 6 feet. Tory 5’2,” Cash wrote in his Instagram Stories. “We don’t know what the hell happened in that car!! Y’all know females be tripping and shit!! All these cap ass rappers picking a side like little Bitches and shit.”

Waka Flocka eventually commented on the post with two “100 percent” emojis, to which Megan replied, “He didn’t make it past the 9th grade. I expect nothing less coming from his mouth.”

Assuming Meg was talking to him, Waka Flocka fired back, “Ummmmm I was talking bout the shirt @drolife damn y’all think of me like that boo!”

Tammy has responded to Meg Thee Stallion, and Meg Thee Stallion tells Tammy she wasn’t talking to Waka when she mentioned the 9th grade education. The Shade Room is getting everybody caught up. It’s an all around mess. 😩 pic.twitter.com/t66BC7HM6e

From there, Waka Flocka’s wife Tammy Rivera hopped in the mix and explained how shocked she was by the way Megan spoke to her husband.

“What baffles me is the @theestallion waka has shown nothing but love and support from day one,” she wrote. “He’s dm’ed you many of times sending you support and condolences, so if you felt a way why not reach out instead. Anyone know I have no problem checking waka ass when he’s wrong. Only thing he’s wrong for is not paying attention when commenting on that damn post!

“He has ownership in @drolife clothing and gets existed when he sees ppl wearing it, which is the shirt the man is wearing! What’s even crazier is that we have talked about this situation and waka said out his own mouth Tory was weak asf if he did that shit to Megan. Before we even knew it was true! And one thing I know for sure is that my husband don’t play about any kind of domestic violence.”

She ended the post by congratulating Meg on “WAP” nabbing the No. 1 spot on the Billboard Hot 100 (for two consecutive weeks) and scolding her husband for not being more cognizant of what and where he’s posting.

Meg made sure to let Rivera know she, “Wasn’t talking to waka.”

In the wake of the shooting, Megan has received endless support for numerous Hip Hop personalities, including Chance The Rapper, T.I., Wack 100 and Asian Doll. Meanwhile, The Los Angeles Police Department is reportedly reviewing possible felony assault charges against Lanez for the incident.