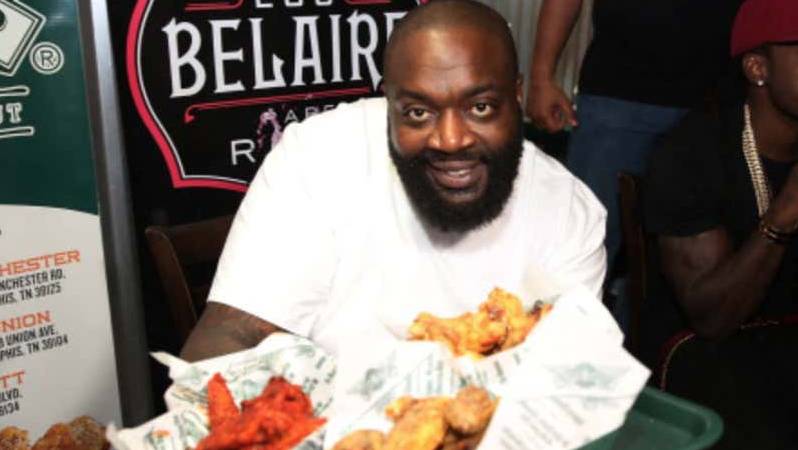 HipHopDX – This week in Hip Hop, Cardi B’s “WAP” continues to garner very loud support and hate across the spectrum and 50 Cent now has a couple of Verzuz battles and a Luc Belaire Rare Rose endorsement request on his plate.

Rick Ross Is Down To Partner With 50 Cent If …

If you remember, a few weeks ago, I spoke to @50cent and I asked him his favorite @richforever track after Rozay said years back that Fif’s verse on “Hate It or Love It” was his favorite verse from him. So, in return, 50 said BMF and that he wanted to use the song for the show. In our newest interview, Ross said he would consider clearing the record for the STARZ TV show “Black Mafia Family” if 50 posted a picture of himself at Wingstop with Lemon Pepper Chicken in-hand on Instagram along with a photo of him posing with a Belaire bottle. What do y’all think? Fair trade? I mean the record and show goes hand-in-hand to me.
 
#rickross #50cent #bmf #hiphop #rap #billboard

Although they’ve been rivals for over a decade, the bitterness between Rick Ross and 50 Cent seems to have eroded a bit. During an interview with Billboard, Rozay gleefully admitted he would be willing to bury their testy past — and get his “B.M.F. (Blowin’ Money Fast)” record on 50’s developing television series on the Black Mafia Family — if his old nemesis would become an endorsement mascot for some of his brands.

“Him reaching out, I’ma profit off it,” Rozay began. “And that’s what it’s about with me. I told him that. He could go to Wingstop and take a picture of a 10-piece Lemon Pepper (wings) and while you at it, take a picture with a Black bottle (of Bellaire). And if he do that and post that, I’ma really consider clearing the “BMF” record for the show. Shoutout to Southwest T. So I would love to see the brothers shine, it’s not about Curtis Jackson at all.”

Rozay also suggested a photo-op with a Belaire bottle would also be nice.

50 has yet to reply to his Rozay consumerist challenge, but guarantee HipHopDX will be all over the response.

As audiophiles searched for the instrumental online, a pair of male rappers wasted no time piecing together their own distinctive remix. While Safaree matched the bar-for-bar lewdness of the original with his “BAD (Big Ass Dick)” remix, his name was trending for all the wrong reasons when fans slandered its existence. On the contrary, Plies had his his foul-mouthed rendition praised by internet critics — and he didn’t even fully release it!

Lastly, CeeLo Green stepped up to catch the critical bullets when he downgraded the current female rap sex movement, naming Cardi and Megan Thee Stallion as well as Nicki Minaj.

“You have the ‘Heads of State,’ like Nicki Minaj or someone who is up there in accolade: success, visibility, a platform to influence,” he said. “Nicki could be effective in so many other constructive ways, but it feels desperate.

He added, “Attention is also a drug and competition is around. Cardi B and Megan Thee Stallion, they are all more or less doing similar salacious gesturing to kinda get into position. I get it, the independent woman and being in control, the divine femininity and sexual expression. I get it all but it comes at what cost?”

A couple of days later, CeeLo claimed his direct quotes were taken out of context and offered up an apology (especially since he still has to see Cardi and Offset around Atlanta).

“I acknowledge them all as powerful, beautiful and influential women…and professionals,” he wrote. “I wholeheartedly apologize to each of them for the inconvenience they have been caused due to a snippet of my interview being used as a headline, and in turn creating controversy and disconnect between me and these ladies as well as their fans. Know that I support everyone is part of our community & culture.”

To accompany the fever circulating the announcement, he unleashed the album’s first single, the Lil Durk-assisted “Laugh Now Cry Later.”

Esco and Hov rapping each other’s lyrics? Too bad Instagram wasn’t a thing back then.

Drizzy pretty much premiered his custom sneakers as well.

The former The Rap Game contestant is coming into his own.

An ultra rollout is imminent.