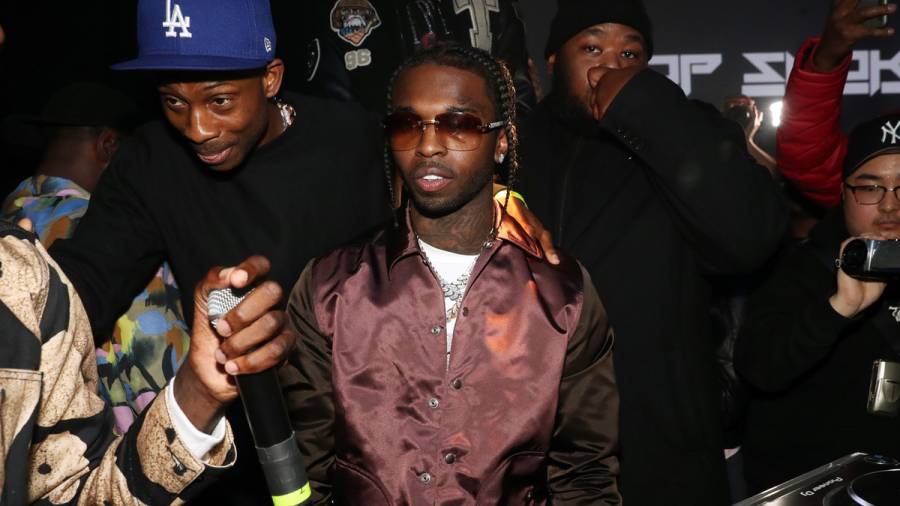 Pop Smoke’s manager Steven Victor celebrated what would’ve been the late rapper’s 21st birthday on Monday (July 20) and ended up revealing plans for future releases in the process.

While responding to a fan on Instagram, Victor confirmed more posthumous projects were in the works following the success of Pop’s Shoot For The Stars, Aim For The Moon.

“i don’t wanna seem needy but is there gonna be more posthumous pop smoke albums?” a fan wrote on Victor’s birthday post for Pop. “need more classics from him down the line.”

Victor responded, “there will be. Also a project pop, melo, axl & ricobeats were working on.”

Pop’s first posthumous album dropped on July 3 via Victor Victor Worldwide and Republic Records. The LP, which was executive produced by 50 Cent, debuted at No. 1 on the Billboard 200.

Shoot For The Stars, Aim For The Moon also managed to take over the Hot 100. Every song from the album landed on the chart dated July 18.

A few weeks after the project’s release, a deluxe edition of the LP became available on streaming services. The expanded version featured 15 new tracks, including alternate renditions of “Diana” and “Enjoy Yourself” as well as collaborations with Young Thug, A Boogie Wit Da Hoodie and Jamie Foxx.

Pop was shot and killed during a home invasion in Los Angeles on February 19. Following a months-long investigation, two adults and two teens were charged with his murder.

Stream Pop’s Shoot For The Stars, Aim For The Moon deluxe edition below.