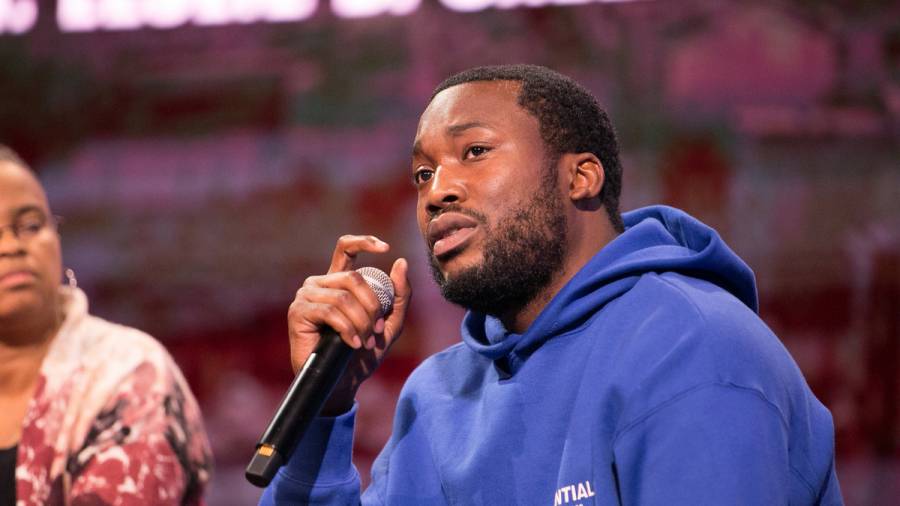 Kanye West sent Twitter into a frenzy with another tweet-and-delete rant, which insinuated his wife Kim Kardashian cheated on him with Meek Mill. Following the tirade, Meek appeared to address the accusation in a brief post on Wednesday (July 22).

“Shit is cappp cmon,” he wrote.

A few hours earlier, he shared the following message on Instagram Stories: “Some people aren’t loyal to you, they are loyal to their need of you. Once their need changes, so does their loyalty. I had to learn this thru experience.”

Meek got pulled into the latest batch of Kanye drama when Yeezy suggested Kardashian had — or tried to have — an affair with the Philadelphia-bred rapper. Meek and Kardashian are both public advocates for criminal justice reform, but ‘Ye implied the two were meeting up for other reasons.

“I been trying to get divorced since Kim met with Meek at the Warldolf for ‘prison reform,’ Kanye wrote in a since-deleted tweet.

He continued, “Meek is my man and was respectful. That’s my dog. Kim was out of line. I’m worth 5 billion dollars and more than that through Christ. But y’all ain’t listen to MJ and now ya’ll believe them??? Kriss and Kim out out a statement without my approval … that’s not what wife should do.”

According to TMZ, Meek and Kardashian met with philanthropist Clara Wu Tsai in public at the Jean-Georges restaurant in Beverly Hills’ Waldorf Astoria hotel. Kardashian reportedly left the meeting alone but was aware of Kanye’s suspicions over the meeting.

Kanye’s Twitter diatribe also accused his wife and mother-in-law Kris Jenner of white supremacy, taking issue with them attempting to get him help from medical professionals. He labeled Jenner as Kris Jong-Un and complained about how his “favorite rapper” Lil Baby won’t collaborate with him.

“As many of you know, Kanye has bi-polar disorder,” she wrote. “Anyone who has this or has a love on in their life who does, know how incredibly complicated and painful it is to understand. I’ve never spoken publicly about how this has affected us at home because I am very protective of our children and Kanye’s right to privacy when it comes to his health. But today, I feel like I should comment on it because of the stigma and misconception about mental health.”

She continued, “Those that understand mental illness or even compulsive behavior know that the family is powerless unless the member is a minor. People who are unaware or far removed from this experience can be judgmental and not understand that the individual themselves have to engage in the process of getting help no matter how hard family and friends try.”

Kardashian provided perspective on her husband’s mental health, recognizing why he’s under intense scrutiny but defending him too.

“I understand Kanye is subject to criticism because he is a public figure and his actions at times can cause strong opinions and emotions,” she wrote. “He is a brilliant but complicated person who on top of the pressures of being an artist and a black man, who experienced the painful loss of his mother, and has to deal with that pressure and isolation that is heightened by his bi-polar disorder. Those who are close with Kanye know his heart and understand his words some times do not align with his intentions.”

Kardashian finished her thoughts on the matter by asking for “compassion and “empathy” for her family. She additionally thanked everyone concerned for Kanye’s wellbeing.