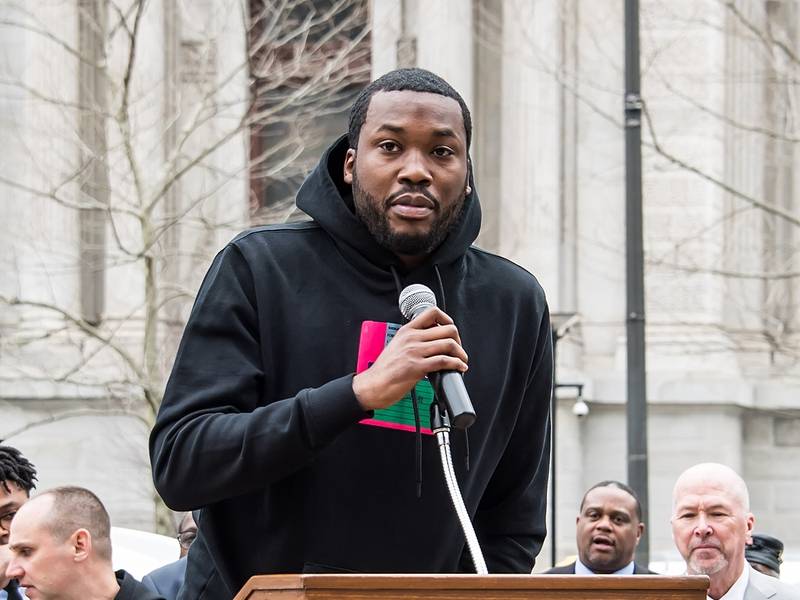 Philadelphia, PA – Meek Mill is steadfast in his fight to improve the criminal justice system.

The REFORM Alliance, which is co-chaired by Meek, has teamed with members of the Pennsylvania House Representatives to introduce a bipartisan bill to reform the state’s probation and parole system.

The proposed bill is designed to stop probationers and parolees in Pennsylvania from being stuck in the criminal justice system.

The potential legislation seeks to prevent courts from sentencing a person to consecutive probation sentences and halt extensions of a person’s time on probation or parole for not paying fines and fees. The bill aims to establish incentives to reward good behavior as well.

Did you know Pennsylvania has the 3rd highest rate of community supervision in the U.S.? The Pennsylvania probation and parole system needs #REFORM. We’re making a major announcement today at 3pm – follow on social or join us in person at the Philadelphia Municipal Services building!! #ReformPA

The proposal also strives to prevent reincarceration for testing positive for marijuana, traveling outside their jurisdiction and associating with someone with a criminal history.

“This proposed bill is the first step in changing the criminal justice system and it’s only right that we start in my home state,” Meek said in a press release. “I’ve lost too much time away from my son, my family, my friends and fans in Philly because of outdated probation laws, so I want to make sure people don’t have go through what I did.”

Rubin added, “We believe that you can significantly reduce the number of people under community supervision while keeping communities safe and that’s what we’re looking to achieve with this proposed legislation. What happened to Meek was a travesty, but I’m thrilled that we have an opportunity to right those wrongs in our home state of Pennsylvania.”