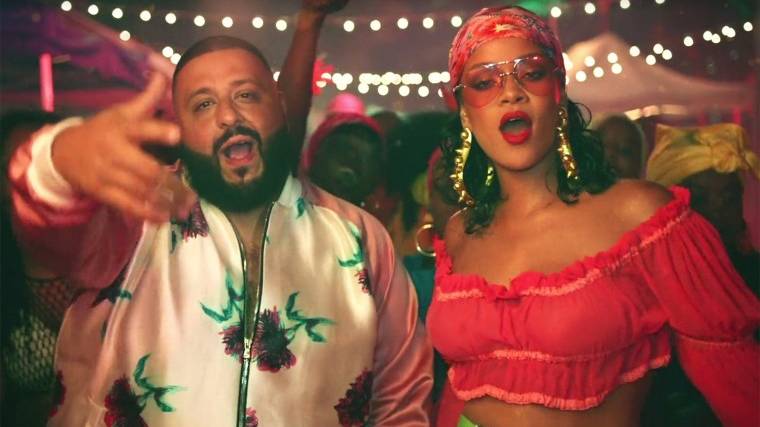 The veteran, Miami-bred Hip Hop producer teased the release of two Drake-assisted singles for this Friday, in the buildup to his 12th studio album Khaled Khaled.

Calling on the 6 God comes as no surprise, since the two have enjoyed vintage collaborations in the past. In fact, many might consider those some of the major highlights in Khaled’s extensive 14-year catalog.

But there’s no denying the former radio-host and club DJ has managed to master the art of the summer smash. Whether that’s down to his Miami roots, or his pre-hit-making association with chart-toppers in their own right, Lil Wayne and Fat Joe (as part of the Terror Squad), the now seasoned Hip Hop personality has been instrumental in creating and riding summer waves again and again.

Since his debut album, Listennn… The Album in 2006, which premiered at number 12 on the Billboard 200 charts, Khaled has progressively achieved greater stardom and chart success.

It certainly helped that he entered the musical arena when Southern rap was already dominant, and Florida-based rappers specifically were beginning to sweep through mainstream Hip-Hop. Rick Ross, T-Pain, Ace Hood, Flo Rida and Pitbull all caught their first taste of Billboard success around this time – all of them have enjoyed collaborations with Khaled.

While fans often lament Khaled for bringing entire squads to each track, saying they deserve the spotlight instead of him, it’s clear he’s found the formula for securing the summer bag. Curating and combining the right talent is as much a skill as a delivering a killer verse, especially when you’re aiming for longevity.

With another set of hot hits potentially on the cards, here are a lucky seven times Khaled has flat-out owned the summer.

Khaled’s trailblazing run began in 2007 with “We Takin’ Over,” an announcement of his ambitious Hip Hop industry intentions.  The song peaked at number 28 on the Billboard Hot 100, Khaled’s second ever and (then) highest-charting single.

Weezy’s rhyme scheme is particularly devastating, as he raps, “I am the beast/Feed me rappers or feed me beats/I’m untamed, I need a leash/I’m insane, I need a shrink/I love brain, I need a leech/Why complain on Easy Street?/I don’t even talk, I let the Visa speak/And I like my Sprite Easter-pink.”

Sealing off that summer’s run with a double, Khaled followed up with “I’m So Hood” – a certified, T-Pain-led street anthem featuring Rick Ross, Plies and Trick Daddy. The official remix won a BET award for best collaboration, one of many Ws to come.

“All I Do Is Win” was an even more noteworthy proclamation for Khaled’s future successes. (Which just goes to show that you’ve got to back up your claims, or end up like DJ Mustard who named his debut album 10 Summers and hasn’t owned one since). Featuring T-Pain, Ludacris, Snoop Dogg and Rick Ross, the only charting single off Khaled’s fourth studio album Victory certainly had the legs to reach new heights.

While it originally got a single release in February, a 106 Park-ready video dropped in June, shortly after Kobe Bryant’s spectacular NBA Finals-winning display. “All I Do Is Win” peaked at number 24 on the Billboard Hot 100. But it also became a recognized sports anthem, which the song’s co-producer DJ Nasty described as “the ‘We Are The Champions’ for the Hip Hop Generation.”

The Auburn Tigers football team played it whenever they entered the stadium during the 2010 season, while many NBA teams have elected to do so after a home win. Whether you were in packed club or a sold-out sports arena in 2011, when everybody’s hands went up – they stayed there.

Fresh off a career-shifting year, Khaled signed with long-time affiliate and industry friend Birdman’s label, Cash Money Records. What followed was the now-classic Drake, Lil Wayne and Rick Ross-featured “I’m on One” – the second single off his fifth studio album We The Best Forever.

The exquisite, moody, T-minus-produced smash record captures quintessential Drake beginning to position himself as the peak of the game, as he states the “throne is for the taking.” Alongside Lil Wayne’s effortlessly brilliant, punch-line heavy verse, and Rick Ross in charismatic form, “I’m one One” solidified Khaled as an industry heavyweight. The song reached number ten on the Billboard Hot 100 – his first top-ten – and set the vibe for the entire summer.

By 2016, Khaled had unlocked the pathway to music-making glory. Ascending to internet meme status, the super-producer gained popularity as a motivational guru of sorts, making famous mantras such as “Don’t ever play yourself,” “Alert” and “Major Key” – the name of his summer album that year.

The commercially successful Major Key spawned four singles, all of which hit the Billboard Top 100. While the Drake-featured “For Free” was also the highest charting – declared by Khaled toward the end of the song as “another anthem,” “I Got The Keys” kept the summer on lock. The energetic song features an enigmatic Future hook and a series of prime JAY-Z’s verses. HOV’s appearance alongside Auto-Tune king Future was virtually unthinkable at the time, which the Brooklyn icon alludes to, rapping, “I promise they ain’t gonna like this.”

After dominating the previous summer, Khaled hit an even higher mark in 2017.  His tenth studio album Grateful debuted atop the US Billboard 200, but also included the first number one single of his career.

The summer-by-the-pool-sounding song “I’m The One” features an all-star cast made up of Justin Bieber, Quavo, Chance The Rapper and Lil Wayne. It spent nineteen weeks on the Billboard Hot 100 and showcased Khaled’s refined touch for weaving together talent to craft a hit.

The album, arguably featuring one of the greatest Hip Hop hitmakers ensembles (think “Swagga Like Us”) on record, also included the hits “Shining,” “To The Max” (yet another Drake record).”

The latter, a Carlos Santana-inspired Rihanna and Bryson Tiller duet, Although it peaked at No. 2 on the Billboard Hot 100, falling one spot shy of its predecessor, “Wild Thoughts” became the second highest-charting single for Khaled, officially solidifying his summer solstice draw.

By taking Carlos Santana and Wyclef Jean’s 1999 Grammy Award-winning mega-hit “Maria Maria” (a record Tiller was all but six-years-old for) and flipping it for a new generation, Khaled was able to bask in the sun as he received a 5x platinum plaque for his efforts. 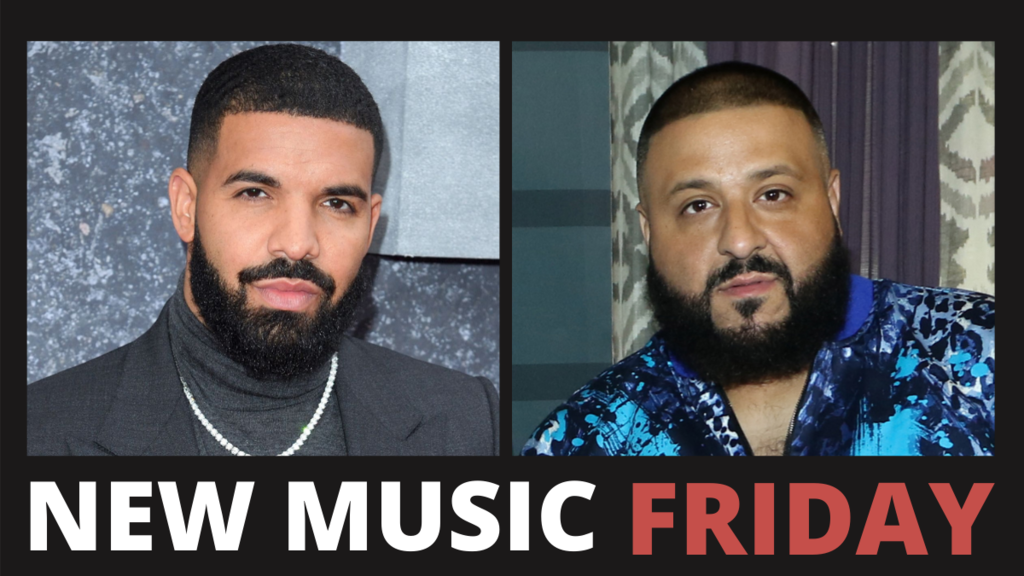 If it’s already been a success, do it again. That might’ve been the thinking behind “No Brainer,” the second single off Khaled’s eleventh studio album Father of Asahd. Quite certainly “another one,” Khaled enlisted the exact same lineup as the previous year’s chart-topper, minus Lil Wayne. Justin Bieber’s catchy chorus, Quavo’s auto-tune assist and Chance’s merry-go-round lyrics provided a watered-down summery Hip Hop bop that peaked at number five on the Billboard Hot 100.

While Father of Asahd would only drop a year later, Khaled continued his 2018 run by collaborating with Jennifer Lopez and Cardi B on the Hip Hop-latin crossover “Dinero.” The bilingual banger peaked at number 33 on the Billboard Hot 100, providing another DJ Khaled summer entry. Father of Asahd eventually landed at number two on debut but delivered Khaled the first Grammy win of his career for the single “Higher,” featuring John Legend and the late, great Nipsey Hussle.

With two new Drake records set to hit the Billboard Charts, a global pandemic and a politicized society to contend with, Khaled Khaled has the odds stacked against him to create the type of jovial atmosphere his fans know him for.

But he’s going real name — no gimmicks — for his upcoming album and the effort should valiant nevertheless.