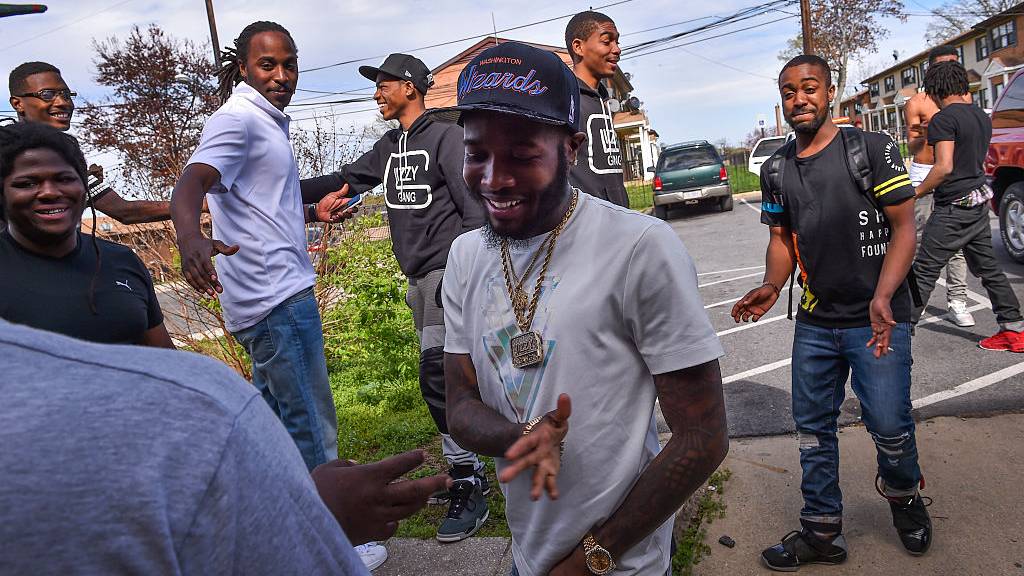 Social media has a strange relationship with regional slang. A word that’s common to someone from New York, D.C. or Los Angeles becomes a foreign fascination for the general public when they live outside of the area of its origin and come across an unfamiliar expression for the first time. This leads to confusion, and many times, incorrect usage. Let’s avoid that scenario and get it straight.

The newest term extending through Hip Hop Twitter, all the way to TikTok trends, is “glizzy.” You may be asking yourself, “Wait, what’s a glizzy? Isn’t that a Glock?” Well … yes and no.

The term has been around for a while, with one of its earliest appearances in Hip Hop dating back to Big Pun’s 1999 classic, “It’s So Hard.” The glizzy is known around the country, particularly in D.C., as slang for a Glock. But glizzy has another meaning. It’s also known as an alternative name for a hot dog in the District, derived from an extended clip (a glick) comparable in length to the barbecue favorite.

The direct inception of when this word was first used to describe delicious franks is a mystery — it just kind of happened one day, one of those things where it’s funny because it just is. But the joke is simple; getting caught eating one in public in the DMV results in a roast session, in the same vein as dropping in on your boy housing an ice cream cone.

When you get caught eatin the glizzy ? pic.twitter.com/A3AAvLHf4H

D.C. born and raised musician Rashad “The Glock Knight” Stark told HipHopDX the story of when he first heard the term at a graduation cookout.

“It was these two guys laughing and giggling in a corner,” Stark said. “My friend comes over to tell me he’s getting annoyed because he couldn’t eat his hotdog in peace. I asked what they were saying, and he said they kept repeating, ‘Oh nah, he’s shoving that glizzy down his throat.’ I thought it was hilarious, and from there on, we just kept the humor going.”

Once Twitter finally discovered this D.C. quirk, the timeline went wild. People had fun with this new phrase, meme-ing the word so much it may have an untimely demise, laid to rest with other expressions ruined by oversaturation or misuse such as “trap queen,” “dab” and “swag” (swag is making a comeback though, shhh, don’t tell anyone.)

DMV residents had some strong opinions (and memes) to share about the mass internet discovering one of their secret jokes.

Some people used it as a chance to post pictures of various celebrities chowing down on the cookout staple. To be perfectly honest, still-frames of glamorous famous people going to town on messy hot dogs produce some hilarious results.

There was the dark side of the seemingly innocuous photos, ushered in by none other than Long Beach lyricist Vince Staples, using his platform to highlight a conspiracy theory regarding politicians eating the ballpark dish of choice. It was cryptic and unclear whether Staples was trolling or serious (probably a troll), but it caused a stir on the timeline.

You can find imagery of every modern day president eating a glizzy this is NOT a conspiracy it’s a secret society. Don’t take my word for it google JFK with the glick google Nixon with the glick it’s real.

You yelling over wieners cuh https://t.co/PD3Hu0b97u

Maybe the best interaction and the one that sums up the trend was between Hip Hop podcast ItsTheReal and Twitter personality NC Rap Fan.

I wanted to learn something but I don’t think I did. pic.twitter.com/wqbL9K06Qj

As for Shy Glizzy, his name comes from the acronym “street’s hottest youngin,” the slang for a Glock and a perceived personality trait from when he was younger that he told HipHopDX about during an interview last month.

“When I was little, I used to always like girls a lot,” Glizzy said. “I’ve always been a ladies man and my homies used to always [try to tell me what to do], be like, go like this, go like that. I [was] like ‘nah man.’ I had confidence but wasn’t [the type] to just walk up to girls and be like, ‘Yo, what’s up, whooptie woo.’ So my homies just started calling me Shy when I was little like 12, 13, and I kind of ran with it.”

So, no, he’s not a reclusive hot dog. But keeping it real, it’s an excellent name for a meme rapper — someone should probably hop on that.