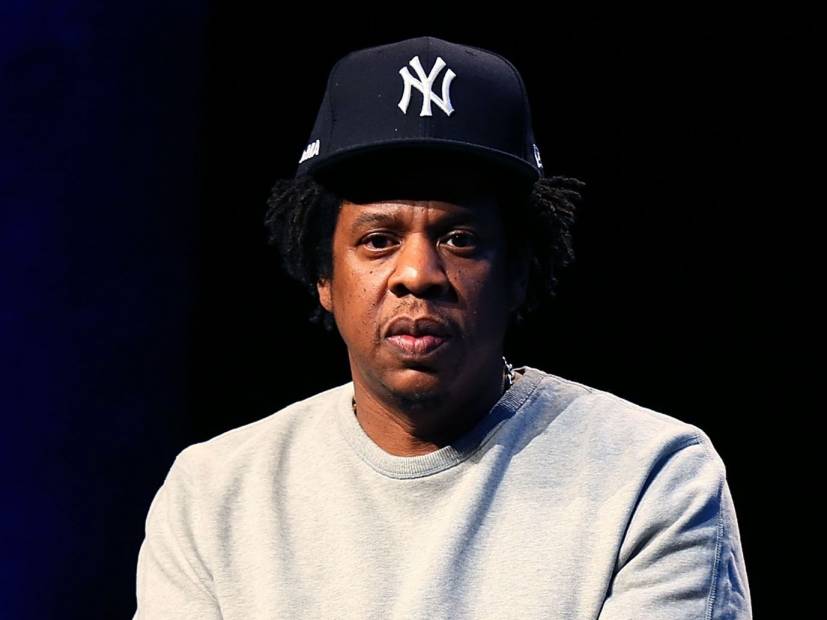 JAY-Z Takes Out Full Newspaper Ads Across The U.S. To Honor George Floyd

As the music industry took time to pause on Blackout Tuesday (June 2), JAY-Z did his part by taking out full-page ads in several newspapers across the county in honor of the late George Floyd.

Roc Nation shared the ad to its Instagram page, which features a speech made by civil rights activist Dr. Martin Luther King Jr. in Selma, Alabama in 1965. The ad is captioned, “in dedication to George Floyd. #JusticeForGeorgeFloyd.”

“‘Only way we can really achieve freedom is to somehow hunker the fear of the death,'” the ad reads in part. “But if a man has not discovered something that he will die for, he isn’t fit to live. Deep down in our nonviolent creed is the conviction — that there are some things so dear, some things so precious, some things so eternally true, that they’re worth dying for.

“And if a man happens to be 36 years old, as I happen to be, some great truth stands before the door of his life — some great opportunity to stand for that which is right and that which is just.”

At the end of King’s quote, the names of attorneys Lee Merritt and Benjamin L. Crump, Hov, the parents of Botham Jean, DJ Henry and Antwon Rose II, Van Jones, Charlamagne Tha God, Angela Rye, an attorney for the Floyd family and several activists from organizations like The Innocence Project and Until Freedom are named at the bottom.

The philanthropic arm of Roc Nation, Team ROC, also helped place the ad in Tuesday editions of The New York Times, The Denver Post, The Chicago Tribune, The Los Angeles Times, The Philadelphia Inquirer, The Austin American Statement, The Orlando Sentinel and The Atlanta Journal Constitution, among others.

Floyd was killed on May 25 after fired Minnesota police officer Derek Chauvin placed his knee on his neck for roughly nine minutes. A second, independent autopsy commissioned by the Floyd family concluded Floyd’s death was a homicide by asphyxia.