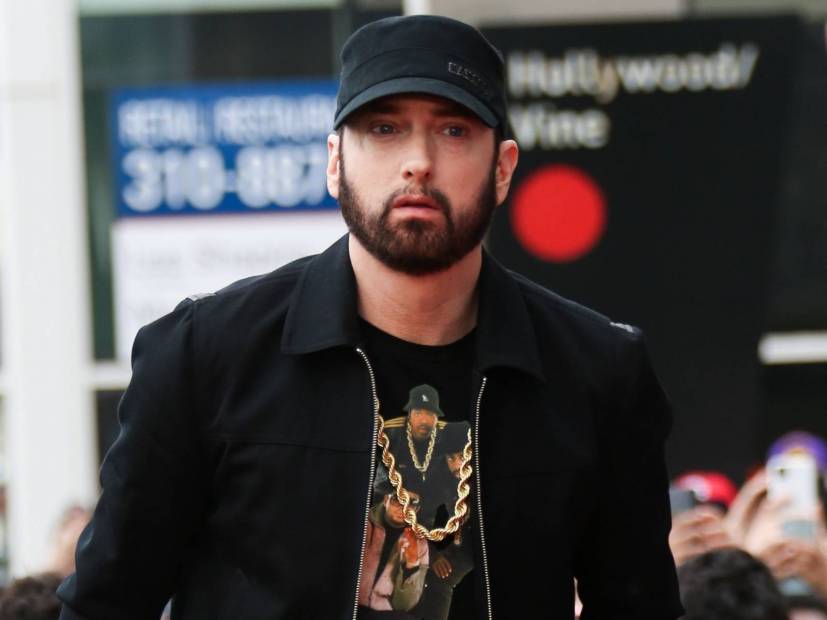 In the wake of George Floyd’s death, Killer Mike delivered an impassioned speech at the Atlanta mayor’s press conference on Friday night (May 29), pleading with his hometown to stop destroying their own city.

Eminem, who just hours before resurrected the Revival track “Untouchable” to encourage people to “speak up” against police brutality, caught the Run The Jewels MC’s speech and evidently felt moved to support him.

On Saturday (May 30), Shady tweeted a Rolling Stone article about Mike’s speech and wrote in the caption, “I’m with @killermike on this one. Incredibly well done.”

I’m with @killermike on this one. Incredibly well done. https://t.co/zeTQYqyk9H

Mike joined T.I., Dr. Bernice King and Atlanta mayor Keisha Lance Bottoms during the conference as riots and protests erupted across the United States. He began his speech with tears in his eyes and explained the frustrating positions he’s in as both a black man and the son of an Atlanta police officer.

Floyd was killed in Minneapolis on Monday (May 25) shortly after MPD officer Derek Chauvin put his knee on the 46-year-old’s neck for roughly nine minutes. He was pronounced dead at Hennepin County Medical Center.

Chavuin was ultimately fired, arrested and charged with third-degree murder and manslaughter. The civil unrest in the U.S. has continued for the past three days and shows no signs of slowing down. The three other officers involved in the incident remain free.