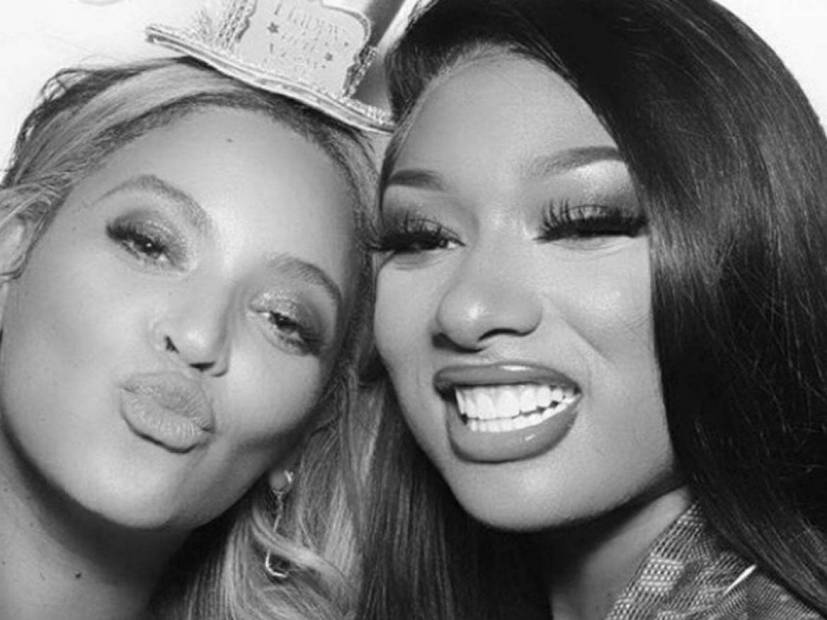 Megan Thee Stallion and Beyoncé’s “Savage (Remix)” is officially the No. 1 song in the country. The track climbed from No. 5 into the Billboard Hot 100’s coveted spot for the week ending May 21. The track beats last week’s crown-holder Doja Cat and her “Say So” single, which lands at No. 2.

Rounding out the Top 5 is The Weeknd’s “Blinding Lights” at No. 3, DaBaby’s “Rockstar” featuring Roddy Richh at No. 4 and Drake’s “Toosie Slide” at No. 5.

The “Savage (Remix)” marks Meg’s first No. 1 and Beyoncé’s seventh. According to Billboard, the song jumped 55 percent to 30,000 downloads sold.

The song — an update to Meg’s Suga cut “Savage” — could be purchased in several physical/digital combinations during the tracking week, including autographed CD and vinyl copies on Megan’s webstore. Fans could also buy CD and vinyl singles, each with a digital download.

The track also moved from 11 to 8 on the Radio Songs chart with 53.7 million audience impressions in the week ending May 24, marking Megan’s first Top 10 and Beyoncé’s 18th. Subsequently, the multiplatinum-selling star now holds the fifth-most Top 10s in the chart’s history.

The “Savage (Remix)” arrived on April 29 and found the Destiny Child’s queen both rapping and singing during her verses. Beyoncé raised a few eyebrows when she name dropped both Demon Time and OnlyFans — both popular late-night Instagram Live streams featuring in the adult entertainment industry.

Revisit the song above.