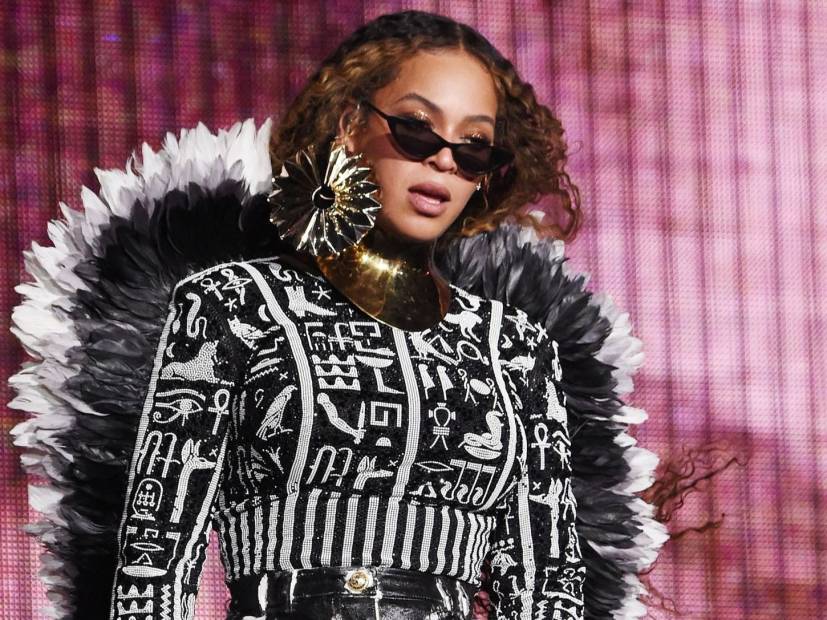 The track features the Destiny Child’s icon both singing and rapping, which she hasn’t really done since her HipHopDX perfect-rated joint project with JAY-Z, EVERYTHING IS LOVE. People were particularly intrigued by Bey’s mention of two adult-only social media platforms — Demon Time and OnlyFans.

“Hips tik tok when I dance (Dance)/On that Demon Time, she might start an OnlyFans (OnlyFans),” she raps. “Big B and that B stands for bands/If you wanna see some real ass, baby, here’s your chance I say, left cheek, right cheek, drop it low and let it swang (Swang)/Texas up in this thang, put you up from this gang (Gang)/IVY PARK on my frame (Frame), gang, gang, gang, gang (Gang).”

me listening to beyoncé body these verses on the #savageremix pic.twitter.com/sKRZDXYsFv

For Megan’s part, she offers more bars about being “classy, bougie and ratchet” in a way only Megan can.

The original song comes from Meg’s latest solo album Suga, which was released last month amid a dispute with her label 1501 Certified Entertainment.

Twitter erupted with reactions to remix. The general consensus appeared to be that Beyoncé bodied the track. Check out some of the best reactions below.

So Beyonce jumped on that Savage Remix huh?!?! And took over the whole fucking song?!?!?! WOW!!!!! #savageRemix #Beyonce pic.twitter.com/IkpiofnJFY

so many quotables from meg and bey come on!!! pic.twitter.com/vrp1o7saof

Meg and Bey didn't have to go this hard for us but they did. pic.twitter.com/FbaaAFMrSV

Saw that Beyoncé is trending and now we're thinking about this. pic.twitter.com/brdirNwl6j

Beyoncé is one of the greatest rappers alive. Let's have THAT conversation. 😌☝🏾

Beyoncé: Texas up in this thang

Everyone in Texas @ everyone else in the states: pic.twitter.com/ajBqdW3lDT

Beyoncé and Megan Thee Stallion make me wish I was from Texas… and I had an ass… pic.twitter.com/21BH2DFhMf

Blue Ivy in the lab finding the cure for corona in order to shoot the savage remix video pic.twitter.com/X3zF6khaLV

Beyoncé: “Texas up in this thang”

me @ every other state pic.twitter.com/f5gYbgioST