Juice Wrld’s first posthumous single, “Righteous,” was released on Friday (April 24) at midnight EST. But eerily, the lyrics to the song paint a painful portrait of a young man struggling with drug addiction, which ultimately took his life.

As the chorus goes, “Five or six pills in my right hand, yeah. Codeine runneth over on my nightstand/Takin’ medicine to fix all of the damage/My anxiety the size of a planet (Yeah, ooh)/Holes in my skull, over time/My heart’s over ice (Woah).”

In the first verse, Juice raps about being high and describes how dark it’s making him feel, indicating there’s a lot going on beneath the surface.

“Over ice, I’m freezing,” he begins. “Beautiful eyes, deceiving/We may die this evening/Coughing, wheezing, bleeding/High, I’m an anxious soul/Blood moons are my eyes, stay low/Red and black, they glow/Under attack, in my soul/When it’s my time, I’ll know/Never seen a hell so cold/Yeah, we’ll make it out, I’ll know/We’ll run right through the flames, let’s go.”

The second verse is even more ominous as Juice appears to be throwing out the S.O.S. signal.

“I’m in too deep,” he raps. “Can’t swim like me/We’re drowning, so I will see/My demons ten feet, under me/Inhale, exhale, but I can’t breathe/Too busy drinking codeine doin’ high speeds/Crash, pour a four, sip it slow, make the time pass/Take a pill for the thrill, have a relapse/Devil in my head tryna run gym laps/I ain’t tryna race, he don’t even know me like that.”

As Juice’s mother Carmella Wallace noted while announcing the Live Free 999 Fund, Juice knew he was in trouble.

“I was aware of his struggles with addiction, anxiety, and depression; we had many conversations about his challenges with these issues,” she said in a press release. “I know he truly wanted to be free from the demons that tormented him. I made the decision upon his death that I was going to share his struggles with the world with the objective of helping others.” 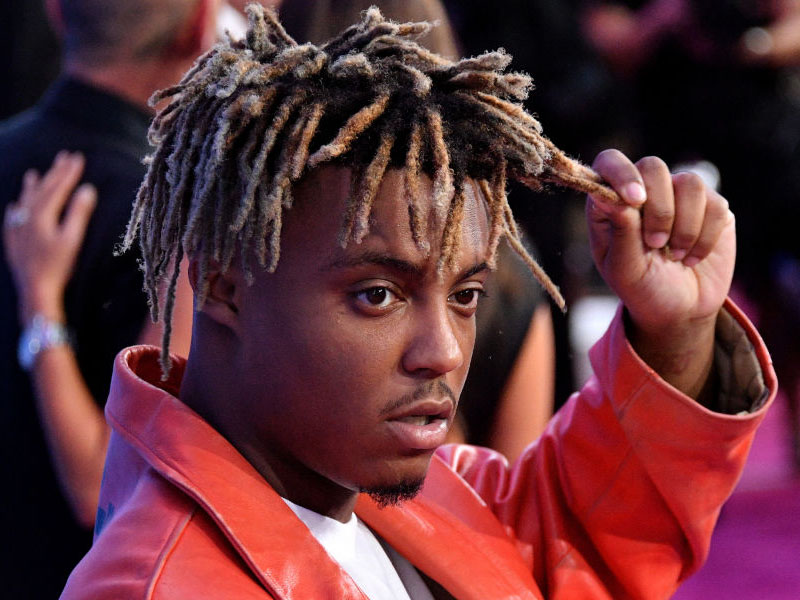 Juice Wrld died last December after suffering a drug-induced seizure at Chicago Midway International Airport. His official cause of death was ruled an accidental overdose from oxycodone and codeine. He was 21.