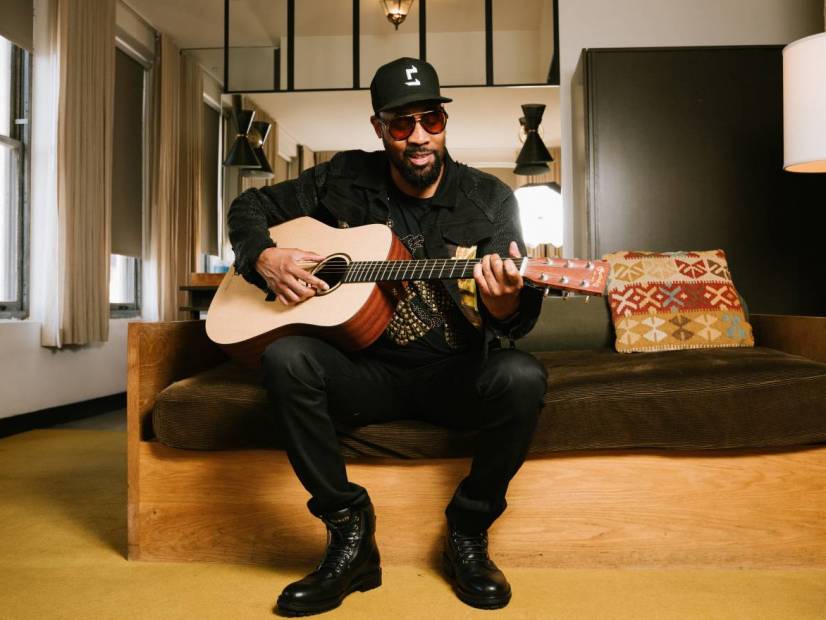 On February 8, 2020 Hip Hop fans and journalists celebrated the 20th anniversary of the release of his second solo LP, Supreme Clientele.

In the sphere of Hip Hop superstition, the “sophomore slump” is more feared among rappers than the curse of Lil B is to NBA players.

But Supreme Clientele went the opposite way.

What are your favorite bars from 'Supreme Clientele'? ?⏬https://t.co/KDmkWHBC2p pic.twitter.com/K5mR8ELrGZ

Happy 20th anniversary to #SupremeClientele. Seems like just yesterday I bought the CD at Just Dance and listened to it on the Western bus on the way home. @GhostfaceKillah with the greatest hip hop album of the century! pic.twitter.com/4OeygdSQlV

In a strong line of Wu-Tang members’ solo albums that included GZA’s Liquid Swords, Raekwon’s Only Built For Cuban Linx, Method Man’s Tical as well as Ghost’s own solo debut Ironman, Supreme Clientele solidified Pretty Tony’s spot as one of the best to touch a microphone. The album featured heavy hitters like Redman, Method Man, U-God, Raekwon but Ghost never got outshined. 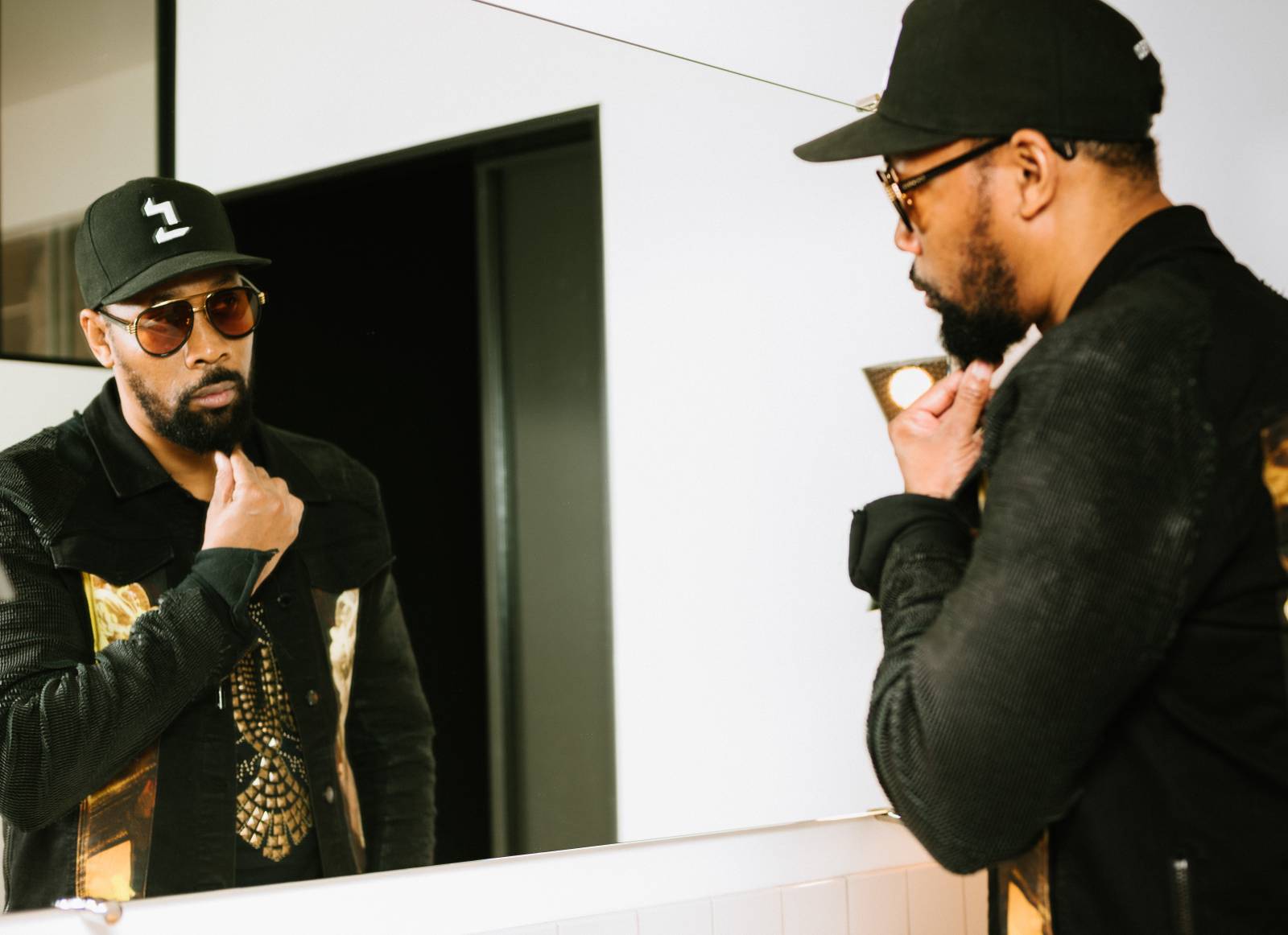 Like all things Wu, RZA was the man behind the music for most of it, with JuJu of The Beatnuts, The Hitmen and U.M.C.s’ Hassan serving as the exceptions. We recently spoke to RZA about his collaboration with Tazo Tea and during the conversation he surprised us when he revealed that he memory of the album is slightly tainted due to tragic events in his personal life, and he even felt it could have been even better.

“The only glitch in the matrix for me on that album was that I wasn’t fully clear-headed as I should have been,” RZA recalled. “Even though we pulled it off, there were also things that happened in my personal life that changed my life. If you remember that picture of Ghostface and I on the cover of The Source for that album, and the question was ‘Will The Wu-Tang Empire [Strike Back]?’ We’re both there and my Blackberry starts goin’ off while we’re taking photos for The Source, and I’m just waiting ’til I finish working.

It was then, a person’s worst fear began to formalize.

“When I finally answered it, it was like ‘Mom is in the hospital,’” remembered RZA. “With me and Ghost, my mother is like his mother. He got children with my sister, so we both rushed down to the hospital and the whole family’s there. My moms didn’t wake up from that. So for me, it was just that time in life so it’s just a different type of memory, a different type of everything. We still had to finish the record. So for me, it was hard for the Wu-Tang to rise after that in all reality,” he admitted.

For some creatives, personal tumult drives creativity. For others, substances open up the changes, but for Bobby Digital, chaos is the enemy of creativity, and the loss of his mother put an asterisk on what he says would have otherwise been the perfect project.

“I think it would have been even better without that going on. A lot of artists need pain. I don’t rely on pain. A lot of artists need drugs. I made 36 Chambers basically when I sobered up. It’s different to have an imagination, an artistic expression because it’s just in you than it is because you need an outside source for it. So for me, I realized I’m at best in harmony,” he noted.

“I can do it with chaos and pain. I’ve done it, but if you go back and you look at 36 Chambers or even [Only Built For Cuban Linx], I was smoking weed during Cuban Linx, but it was so many hours of focus. I had no pain, wasn’t going through no problems and I was more like the guy that wanted to conquer. That’s a different type of energy when you come like ‘I’m coming to destroy all competition.’ It’s like a boxer. He has to be sharp and in shape. You watch [Muhammad] Ali when he was sharp and in shape, you couldn’t touch him.”

Despite having to work through personal tragedy to reach deadlines, Supreme Clientele still marked a very special moment for the Wu-Tang founder, and it was all due to Ghostface’s tireless work ethic and next level bars.

“One thing special about that project to me is that Ghostface emerged as one of the best emcees living. GZA has always been my favorite MC, and I know that’s kinda close to home when you think of Big Daddy Kane, Rakim, Kool G Rap, Nas and all of them, but GZA, for some reason I just felt that his complexity and all of his ideas put in the form of lyrics were the best. But then when Ghost wrote Supreme Clientele it’s like, if it was a fight that year, if GZA was Ali, Ghost came in on some Leon Spinx and took that belt. Because the way Ghost was able to put you there. He was able to put me there like on the song ‘Saturday Nite’ he knocks on the window, the store is closed, he wanna buy something right before, he’s like ‘gotta catch Dr. J’s, Blow on my hand, rub on my nose,’ you see it. He’s so good at capturing his personality and he has a personality unlike anyone,” said RZA. “He’s a very unique individual, very real. He’s the embodiment of Hip Hop, the embodiment of the hood, the embodiment of the culture. He’s the embodiment of danger and yet also the embodiment of goodness,” he added.

When working with a big name producer, many artists make the mistake of waiting around for one-on-one time in the lab, but according to RZA, Ghostface’s hunger fueled him to have the album ready with or without his help.

He knew I was busy, he was like ‘Yo, I’ma go ahead and start it myself.’ I said ‘Yo, bung bung! Go ahead,’ And he just started collecting tracks from people, and he said ‘I’ma bring it back to you and you gonna stitch it together God. You gonna make that shit a movie,’ and I said ‘aight, whatever.’ When you see him pen his lyrics on that album, when he played some of the demos, just in demo form, he brought back the first four songs yo, and I was like ‘Yo I gotta tell you, something man. You rippin’ this shit. You are fuckin’ this shit up completely.’ And then when we finally got a chance to sit still in New York, we went through the process and we finished the record.”