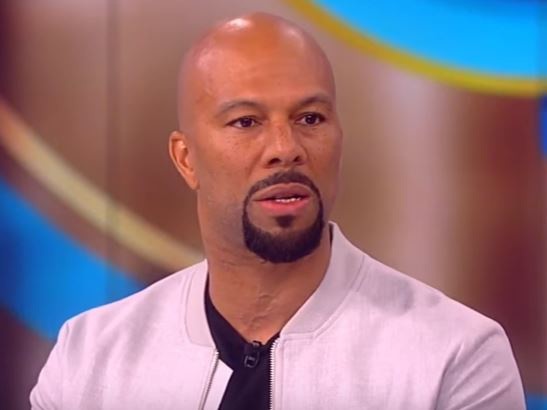 While appearing on ABC’s “The View,” Chicago rapper Common offered his two cents on this week’s presidential debate, Colin Kaepernick’s protest of the national anthem, and more.

In regards to Kaepernick’s protest, Common applauded the athlete for his courage, and even compared the 49ers quarterback to the late Muhammad Ali.

“I truly relate to what Colin Kaepernick is doing,” Common said. “He’s standing up for justice. He sees things going wrong in our country. I think we all see it. For people to ignore it is like we’re not doing our duty as Americans, as children of God. I think the courage that Colin Kaepernick is showing is phenomenal…I haven’t seen an athlete take that type of stand since Muhammad Ali.”

Given that Common, who recently dropped his “Black America Again” record, skipped out on watching the Democratic and Republican debates, Monday (September 26) night’s meeting between Hillary Clinton and Donald Trump was his first time hearing Trump debate issues facing the U.S.

His thoughts on the real-estate-tycoon-turned-politician’s performance?

“Donald Trump is just not prepared to be a president,” the rapper said. “He’s not that type of person that should be a president…I really got to see why Hillary Clinton is a better candidate. I mean, I obviously knew that. But to hear him just say phrases like ‘law and order,’ ‘make America great again.’ And not have any ideas about policies. And never said anything concrete. Where me, as someone just coming in for the first time, could really try and see what his perspective is, it just revealed everything. And it made me sad about America. That we do have people that really believe in what he’s saying.”

Watch the video of Common speaking on the presidential debate and Colin Kaepernick’s protest below.