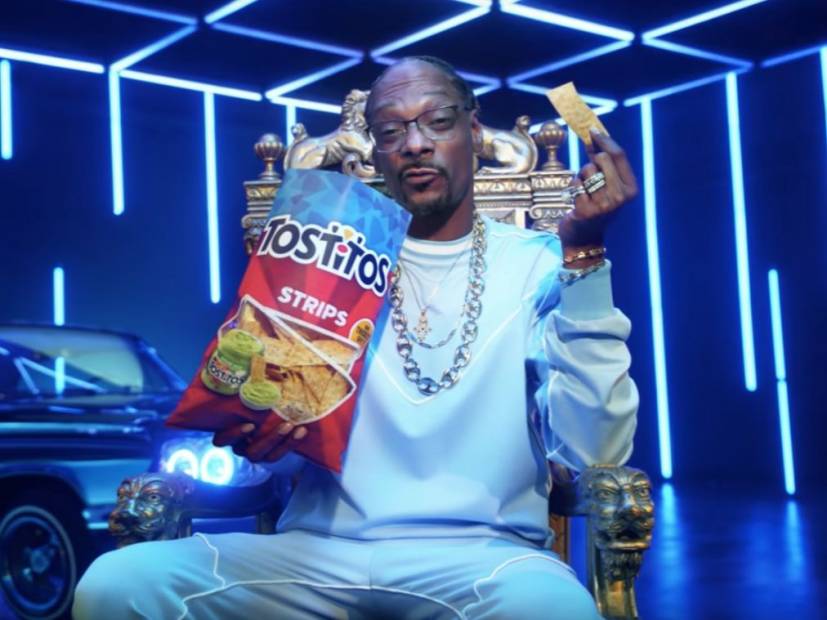 It’s Sunday night and everyone is watching television, dreading the Monday morning hustle. Suddenly, a familiar voice comes on the TV and it doesn’t take long to determine it’s the one and only Snoop Dogg, starring in multiple commercials that air the same night.

The D-O-Double-G has seemingly been on an ad bender as of late, starring in commercials for General Insurance, Tostitos and Dunkin’ Donuts.

The “General Low Rider Commercial” stars Snoop driving the animated “General” around in a pink low rider and rapping the company’s jingle.

Naturally, their effortless chemistry is on display. Snoop says, “They’re good apart,” to which Stewart says, “But better together.”

Snoop adds, “Pass me some of that green stuff.” He then reminds Stewart not to say things such as “Fo shizzle.”

Finally, the Dunkin’ Donuts commercial — which originally debuted last November — finds Snoop serving up a plant-based sandwich called “The Beyond D-O-Double-G.” The sandwich was only available for a limited time but still put Snoop’s acting chops to the test.