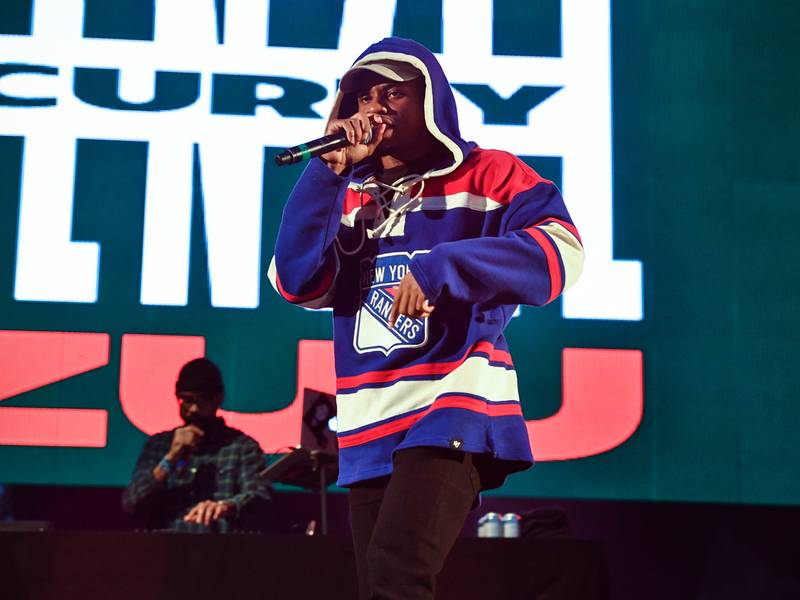 San Francisco, CA – Denzel Curry is bringing his Red Bull Zeltron World Wide concert series to the Bay Area. The Carol City-bred MC will face off against Rico Nasty at the professional wrestling-inspired event in San Francisco on March 20.

Curry and Red Bull’s unique live show features two rappers battling over the course of five rounds. Each round sees the MCs perform some of the best songs from their respective discographies inside a wrestling ring.

The first iteration of the event, Red Bull: Zeltron vs. Zombies, took place in Miami in 2018. The inaugural battle was a showdown between Curry and New York’s Flatbush Zombies.

Curry and Red Bull’s wrestling-inspired series officially began last November when he hosted Zeltron World Wide in Atlanta. HipHopDX was on hand to witness this edition, which featured Curry against Joey Bada$$. Read DX’s recap of the show here.

Prior to his clash with Rico Nasty, Curry will battle Dreamville’s J.I.D at the second Zeltron World Wide in Miami. The show was originally scheduled for January 18 but got postponed to February 29.

A future edition of Zeltron World Wide is coming to New York, but no details have been announced.

Tickets for the Bay Area version, which is being held at San Francisco’s Fort Mason, are on sale now.