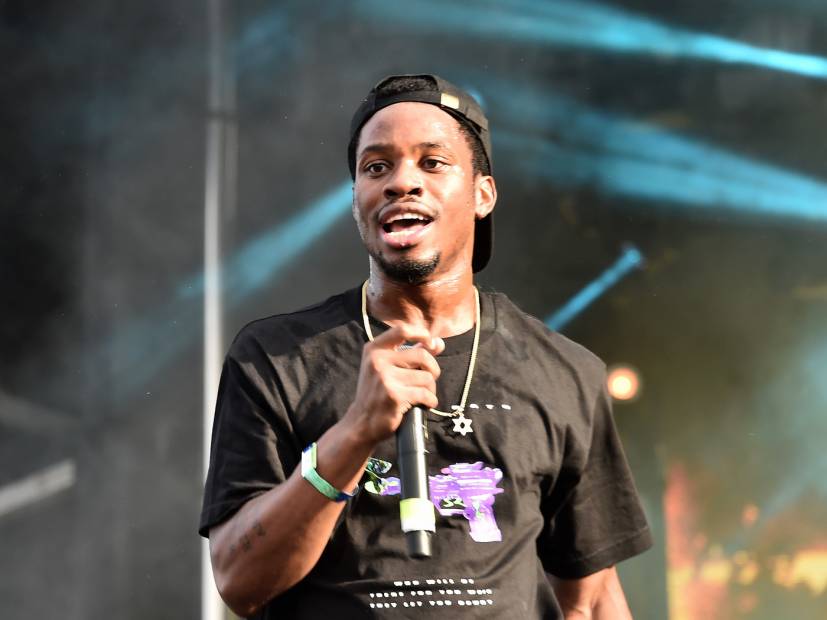 Atlanta, GA – Denzel Curry is stepping into the ring again for a new edition of Zeltron World Wide. After debuting the wrestling-inspired event in Miami last year, the Florida-bred lyricist is bringing the unique concert to Atlanta as part of the Red Bull Music Festival.

For the sequel, Curry will be facing off against his “Zenith” collaborator Joey Bada$$ in a five-round bout. The Pro Era leader is stepping into the shoes of fellow Beast Coast members Flatbush Zombies, who were Curry’s opponents in the original edition called Zeltron v. Zombies.

Ahead of Red Bull’s Zeltron World Wide, HipHopDX caught up with Curry to learn how his special twist on the rap battle came to be. The skilled MC spoke on his plans for the event series and what fans can expect from round two, which is taking place at Atlanta’s 787 Windsor on Sunday (November 3).

As part of @redbullmusic week im bringing my #ZWW series to Atlanta next month. I’ll be facing off in the ring against @joeybadass !!! We calling out all the ULT & BEASTCOAST fans as we go head to head in the squared circle! Lets take live rap shows to the next level!!! Ticket link in bio & story!!!

HipHopDX: What inspired the concept of this event?

Denzel Curry: I had that concept for years. I wanted to do it for South Florida artists because it’s a crab-in-a-bucket mentality with all the petty beefs in the underground. It just never fell through because we never had a venue to do it at. It took five years.

HipHopDX: How did you connect with Red Bull and bring it to fruition?

Curry: Lyly [Villanueva Salazar from Red Bull] came to me and helped me put it together. She met me at the studio in L.A. and everything else was history.

HipHopDX: Are there any challenges performing in a ring as opposed to a stage?

Curry: Yeah, it’s hard to grasp the bounce in the ring. It’s easy to run out of breath quickly.

HipHopDX: How will this edition with Joey Bada$$ differ from the original with Flatbush Zombies?

HipHopDX: What’s your assessment of the original event?

Curry: I like the fact that the fans were picking sides. It was very successful! The livestream was very high in numbers and caused a lot of other rappers to run with the concept, but fans know who the originators are. I influenced a new form of creative engagement for live shows.

HipHopDX: What did you learn from it to improve on the second go-round?

Curry: If it ain’t broke, don’t fix it. The last one went smooth, so we sticking to the same formula. Just new acts and a new city.

HipHopDX: What, if anything, changes with the setting shifting from Miami to Atlanta?

Curry: I think it evens the playing field because it’s not as biased.

HipHopDX: Does having material from your ZUU album to use alter your approach this time around?

Curry: It does actually because TA13OO was a bit more somber. ZUU has more hype tracks, so it’s going to be fun to see how the crowd responds. It just gives me more weapons for the arsenal.

HipHopDX: Do you want Zeltron World Wide to be an ongoing series? Do you have any desire to do it more than once a year?

Curry: That’s the dream, but for now, it’s just one-offs. Maybe one day we can build a tour around it.

Tickets for Zeltron World Wide are available now for $25. For more information about the event, visit Red Bull’s event page.