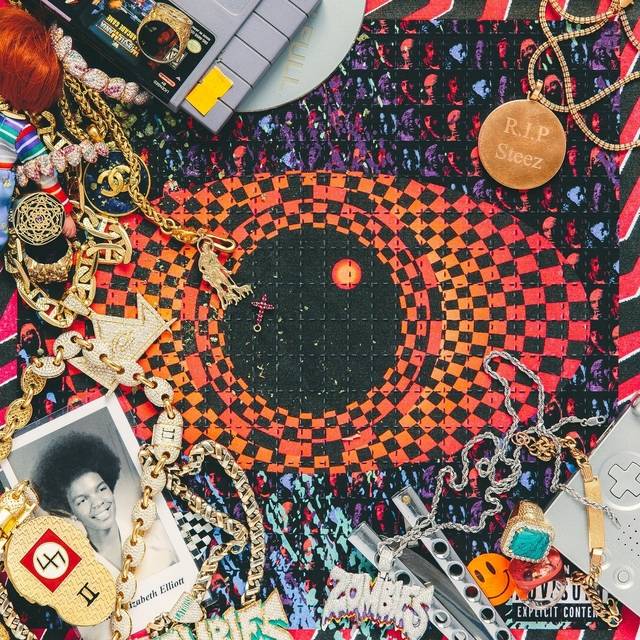 The people who still complain about a lack of quote-unquote bars in today’s Hip Hop zeitgeist have clearly never taken a trip to the Beast Coast. The bars-over-everything collective consisting of Pro Era, Flatbush Zombies and the Underachievers have been teasing a formidable Beast Coast project since they were kicking cyphers on BedStuy stoops in the early-2010s.

They’ve gone on tour together, kicked radio freestyles together but never put lyrics on the mic and made an official album.

But not before they dropped an immaculately executed Basement Cypher video (equipped with an exact replica studio and an ageless Big Tigger) weeks before the album dropped. The 10-minute video served as the perfect promo appetizer.

The album itself is called Escape from New York and as expected is jam-packed with potent verses and versatile posse cuts that pull equally from the three NYC crews. Glancing at the album’s tracklist on your preferred digital streaming platform is downright overwhelming with the average song featuring roughly six spitters all lacing intricate verses. So to say the album is dense would be an understatement – especially when letting it run front-to-back for 37 minutes. The verses (as strong as they are) glue together even after numerous playthroughs and the songs become hard to tell apart.

This molasses-like construction can’t be put solely on the album’s lyricists though. Erick Arc Elliott, Powers Pleasant, Sam Wish and Tyler Dopps handle all of the album’s production which simply disappoints. All three collectives have albums made up of beats noticeably better than the 13 instrumentals selected for this project. They aren’t particularly boom-bap-tastic but nor are they contemporarily bouncy – they sit awkwardly in the mediocre middle.

Naturally, there are standout tracks that boast both beats and bars that ultimately break this mold. “Left Hand” was the album’s previously released lead single and still knocks fairly hard thanks to Meechy Darko’s menacing chorus. “Distance” featuring Joey Bada$$, Issa Gold and Erick the Architect uses the catchiest beat/chorus combo and the rappers deliver poignant verses that give the album some much-needed vitality. The best outright rapping comes on “Bones” where damn near every member of Beast Coast goes absolutely nuclear with their respective verses. Issa Gold shines particularly hard with lines like “Love cornrows on a chick like Nelly/No 6ix9ine, never snitch on the celly/Juice been shine, throw shade on a dummy/Like Bruce Almighty, keep the power strap with me.”

One would think that the album would contain at least a few traditional black hoodies and Timbs tracks but the decision to go against the grain ultimately reigns supreme. “Rubberband” and the aforementioned “Bones” get about halfway across the Brooklyn Bridge but nothing dives deep into the back alleys of East Flatbush in terms of NYC tough talk. It’s all too polished. Although the album is titled Escape from New York, it wasn’t assumed that they’d actually escape from its signature sound altogether.

Expectations for this project were high mainly because the three individual crews have noticeably strong catalogs but also because they appear to have so much organic chemistry. On stage they bring any house down, during freestyle sessions they are likely lights out but when it came to putting a project together there simply isn’t enough Big Apple to go around.

At least fans can revisit their Basement cypher until they give it another shot.