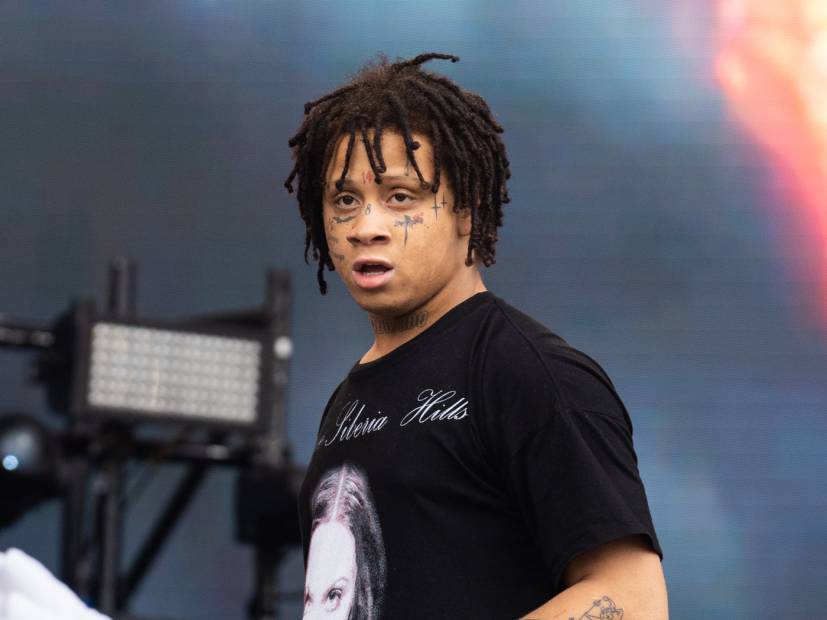 Compared to 2018’s Kamikaze, Eminem went relatively light on people throughout the surprise album Music To Be Murdered By.

But there were still a few artists who got caught in Shady’s lyrical crosshairs, including Machine Gun Kelly and Joe Budden. And although it’s minimal, Em also sends a tiny shot in Trippie Redd’s direction on the track “Marsh.”

“Then he said kill MCs/Trippie Redd, with pills and lean/Sipping meds in the limousine/Getting head, guillotine,” Em spits.

Now, Trippie is responding to the mention on one of his Instagram Stories.

“Niggas be 50 beefing wit a 15yr old,” he wrote. His sentiment was followed by a peace sign emoji and sleepy face emoji, indicating Trippie is tired of the drama.

Budden also responded to Em’s perceived disses on Music To Be Murdered By during a recent episode of The Joe Budden Podcast.

The track “I Will” reunites Slaughterhouse vets Joell Ortiz, Royce Da 5’9 and KXNG Crooked. In addition to Budden being noticeably missing, many people assumed the line, “Your group is off the chain, but you’re the weakest link” is about Budden — but he denied it. He said the line is actually about Lord Jamar, another one of Em’s foes.

“The Em line in that song, when he was tearing Lord Jamar’s ass up on old group flips, that led to ‘Your group is off the chain, but you’re the weakest link,’” he says around the 47-minute mark. “In a song featuring [members of] Slaughterhouse, I could see how that looked like it was about Joe. Joe says it was not.

The former Everyday Struggle host then addressed “Lock It Up” featuring Anderson .Paak in which Eminem raps, “Try’na save at Kroger, so why would I give a fuck about back-stabbin’ Trader Joe for?”