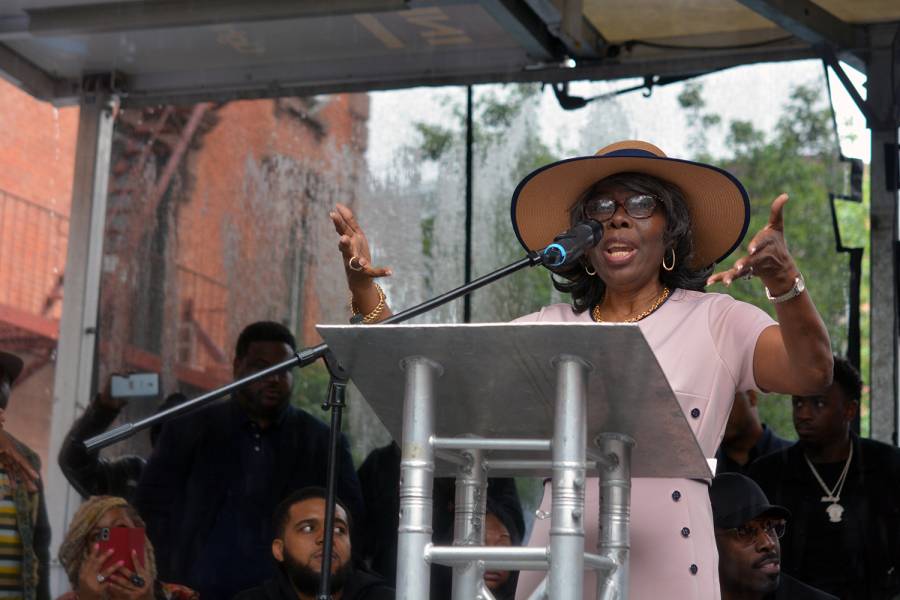 Once the news broke The Notorious B.I.G. was being inducted into the Rock & Roll Hall Of Fame, his widow Faith Evans and close friends Diddy and Lil Kim celebrated the moment along with his many supporters. The late Hip Hop legend’s mother Voletta Wallace praised the epic feat as well.

In a recent interview with Billboard, Biggie’s mom candidly expressed her emotions of joy and gratitude along with sorrow. “Today, I’m feeling great,” she said.

“As a mother, I’m extremely proud of his accomplishments,” she added. “You know, I still see such a young man at a young age, and sadly, he’s not here to witness all this. But it’s an astute honor, and as a mother, I’m just elated for that.”

👑 Thank you to all who voted and supported BIG! He has been inducted into the 2020 Rock & Roll Hall of Fame!!! And congrats to all the other inductees! #BIGFOREVER #RockHall2020

Wallace went on to highlight the authenticity many respected about B.I.G.’s music. “Many of [his songs] speak truth,” she declares. “It might be gritty, and maybe the language is so out there, but he was honest. There was nothing fake about what he was doing. I think for such a young man to resonate such honesty in his lyrics is awesome.”

The Brooklyn-bred lyricist was at the forefront of helping Hip Hop grow into the global phenomenon it is now but at the time, rap wasn’t the leading genre in music.

“Rap is respected,” Wallace said. “We are in a changing time now. People’s thoughts are different. When you put it out there, there’s so much respect for it [now].”

Biggie’s historical legacy is etched in stone. Movies, books and music have all be created from his rap career. The 2020 Hall Of Fame class will not only include B.I.G. but also Whitney Houston, Depeche Mode, the Doobie Brothers, Nine Inch Nails and T. Rex.