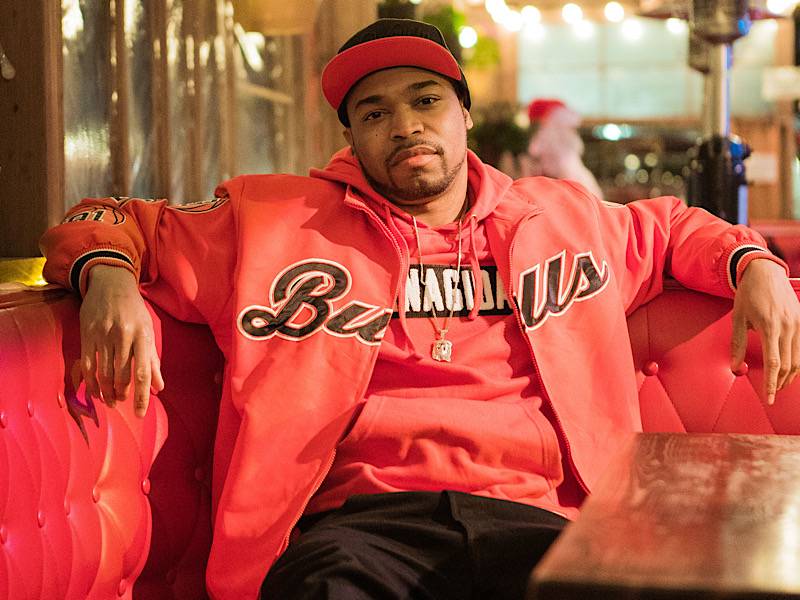 Detroit, Mi – As fans of bubbling Detroit rapper Ty Farris will attest to, his No Cosign Just Cocaine series has undoubtedly become his calling card. Currently No. 1 on Bandcamp in the underground Hip Hop category, the third (and likely not final) installment of the series carries the torch with the same endurance as Rocky running up the steps of the Philadelphia Museum of Art.

“The project is kinda like a gumbo of songs I had in the stash,” Ty tells HipHopDX. “I was working on multiple EPs with producers like Bozack Morris and Sebb Bash. So I grabbed some of those joints with a few others I had.”

Ty recognizes the significance of this particular body of work and explains that the response he’s had thus far inspired him to keep No Cosign Just Cocaine alive.

“This has become my flagship it seems … the people love the cocaine skull and the sound of the series,” he says.

“The response from the people and the energy is amazing. My intention was to end it here, to be honest, but I think ill listen to the people ya know,” he says, adding that they could see part four by the end of the year.

Dropping unexpectedly any minute,hour or day now. Link in bio. 💀💀💀

As for projects outside of the series, Ty says 2020 is looking to be action-packed.

“I’m almost set to go with a project called Champion Hoodies N Hennessy,” he says, “and I think me and Stu Bangas finally gonna knock out an EP … the people are demanding that.”

He adds that he and Chicago MC WateRR have a sequel to Bulls Vs Pistons in the works.

With Griselda playing a role in energizing the indie limited edition vinyl racket, and names like Roc Marciano going against the grain with respects to streaming, there is a new era of artist thriving outside of a traditional system that used to see them relinquishing potential revenue streams to larger entitles.

Ty is part of this movement of artists that seem to be moving toward a pay-to-play system — meaning fans need to purchase/support in order to stream the full project.

“Being an indie artist in a streaming business is tough,” he admits. “Over the years, I decided to just target the fans that rock wit me. They appreciate the art and have no problem supporting.”

“I don’t cut corners with the quality and they appreciate that. The amount of time and attention to detail with the music is rare these days,” he says. “ I hate to sound cliché, but I really believe what I do is an art and I should get compensated accordingly.”