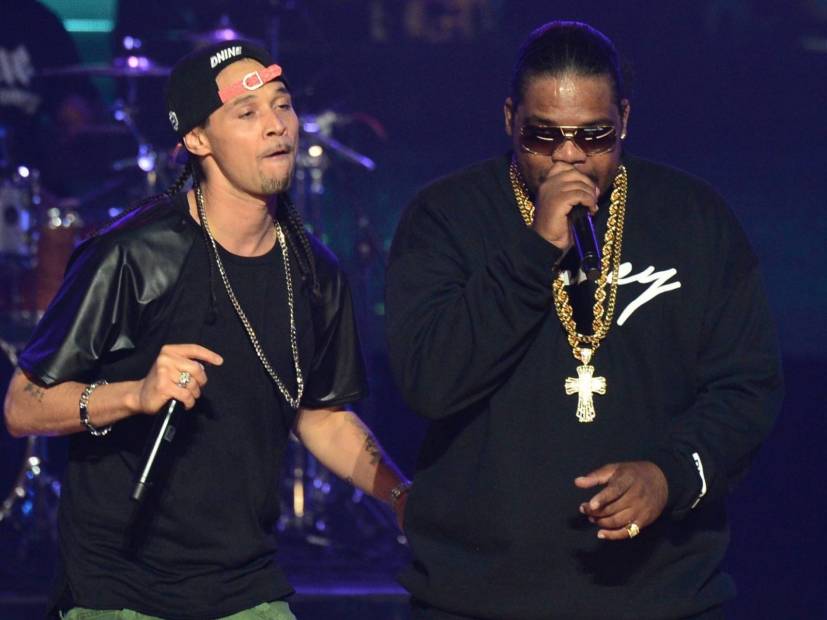 The members of Bone Thugs-n-Harmony have been thick as thieves for decades. But over the course of countless tours and seemingly endless recording sessions, even the closest of friends are bound to get on each other’s nerves.

During a recent interview with The Domenick Nati Show, Bizzy Bone named the one member of the legendary Hip Hop group who can be the most difficult.

“He’s not the nicest guy. Just difficult in general. We know how to deal with it because he’s my cousin, he’s my brother so at the end of the day, we know what he is. Some fans get a little sour here and there, but it’s ok. We clear it up. The rest of us come to the rescue … and it’s not all the time. But he is the most difficult.”

Bizzy was also asked about Bones’ beef with Migos, which popped off in 2018.

“I don’t think it was so much about the fact of liking them or disliking,” he said. “I think it was basically the lack of respect and a couple of my members felt a certain type of way about some of the stuff they were saying. And they kind of attacked my boys, talking about, ‘They broke this, they broke that.’ So that’s where it began.

“They basically tried to pull a LL Cool J and Cannibus … 21 Savage had a little discussion with Lay-Lay [Layzie]. Where it stands is there was just no answer. They heard clearly and I guess they just backing up off of me or backing up off of it in general. I’m continuing to move forward.”

Migos and Bone Thugs exchanged words in December 2018 after Offset, Takeoff and Quavo claimed to be the “biggest rap group ever.” Layzie made it perfectly clear where they stood on the topic.

“Young niggas talkin’ bout they the best group ever. Best rap group ever or whatever they said. I’m just here to set the record straight. Bone Thugs-n-Harmony, we still all five live — Krayzie, Bizzy, Wish, Flesh and myself Layzie Bone — we the best, you dig?

“The biggest to ever done it. Also, [I] can think of some other niggas like Outkast, N.W.A, EPMD, Beastie Boys that done did big things in this game that can also claim it. But we the best. Migos sit down. We gonna shut your ass down for 2019. Y’all little niggas talk too much.”

Bone Thugs N Harmony is the best group ever!!!! This game ain’t the same without us…. @migos y’all gotta back that shit up for 2019 #WE THE ONES FUCK THE TWO’s Three’s and the rest. As a matter of fact name one rapper out here that ain’t step there flow up because we should them how. I’ll wait @tmz_tv @theshaderoom @xxl #teambone

From there, Layzie fired off a pair of diss tracks aimed at Migos — “Let Me Go Migo” and “Annihilation” but failed to engage the three Migos. So last February, Bizzy followed up with “Carbon Monoxide”to remind Migos they were still beefing.

In an interview with HipHopDX, Krayzie Bone explained how the generational gap ruins debates such as Migos versus Bone.

“I don’t believe it’s totally their fault,” he told DX. “These new rising artists stars come from the instant/microwave era where everything is expected to happen fast. When the content of today is good, it spreads fast and the next thing you know, an artist is on tour earning money and fame.

Elsewhere in the Bizzy interview, he also explained how Kanye West’s dead mother warned him Amber Rose wasn’t the right woman for him.

Listen to it above.