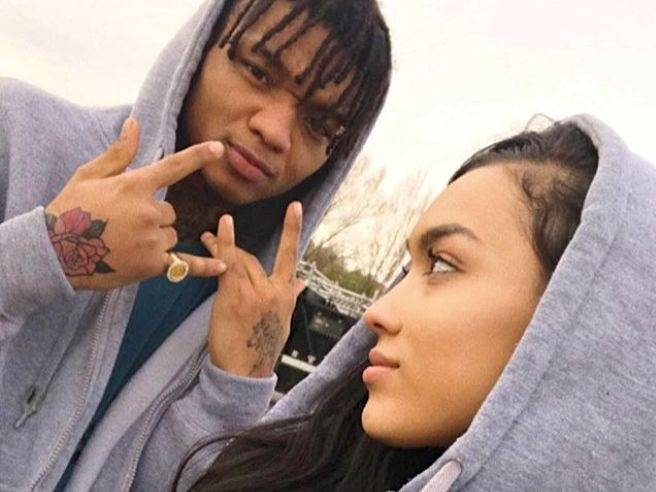 Miami, FL – Swae Lee’s on-and-off-again girlfriend Marliesia Ortiz is doing a little damage control after she offered $20,000 to have the Rae Sremmurd rapper killed. Ortiz shared a recent Instagram video of herself screaming at Swae and admitting she’d just tried to smash out the windows on his Lamborghini.

The text across the clip read, “Someone kill him I got 20k cash for you.”

Whew! #SwaeLee and his ex-boo #Marlie are clearly not on good terms at the moment. Sis tried to bust the windows out of his car and offered $20k to have him killed 😩 SWIPE to see the video 👀👀

Ortiz then walked back the threat and claimed she was simply angry at Swae.

“I was mad and meant nothing I said,” she wrote. “We good now u guys can chill.”

But Swae’s mother wasn’t having it. She quickly issued an ominous warning to Ortiz from her “official_mamasremm” Instagram account, saying, “@marlie IF ANYBODY TOUCHES MY SON I WILL PUT A BULLET IN YOUR HEAD MYSELF.”

Shortly after the threat, Ortiz returned to her Instagram Stories in an effort to defend herself. She says Swae’s mother is the crazy one and routinely degrades her for being a foster child.

“First of all his mother is in some type of secret battle with me,” she wrote. “I’ve seen text messages. She will get drunk and message Swae apologizing for cussing me out. I never disrespected her. So nah his mom literally bullies me for being a foster child and reminds me that my parents are dead. She’s damaged as well.”