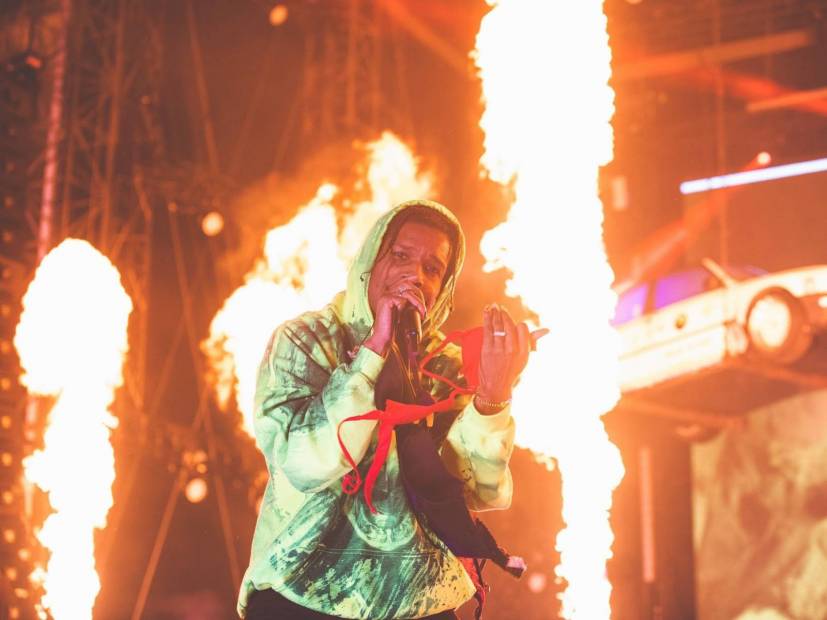 Los Angeles, CA – Throughout recent music history, fans have thrown panties and bras on stage as a show of affection to the performer. One bold fan decided to add boxers to the list of undergarments and A$AP Rocky wasn’t here for it.

In fact, he was disgusted by it. During his set at Rolling Loud Los Angeles on Saturday (December 15), Rocky made it clear he strictly wants to see panties and bras, nothing else. “I don’t know which one of you motherfuckers threw this up here,” he ranted. “Y’all niggas don’t be throwing no fuckin’ boxer briefs up here. I only want panties and bras, niggas. Y’all niggas is out of line.”

Some dude threw his boxer briefs at ASAP Rocky on stage at Rolling Loud🤣 pic.twitter.com/QjgjXjoxY3

The Harlem-bred rapper continued, “Whose sweaty-ass … nasty niggas, man. Somebody in commando right now. Why the f*ck you threw your drawers on stage? You fuckin’ maniac!”

However, Flacko has had bigger issues this year. In July, he was detained for four months in Sweden on assault charges, though he was eventually freed. Kim Kardashian, Kanye West and Donald Trump intervened on the rapper’s behalf. Rocky eventually returned to the European country and gave a free concert to his supporters.