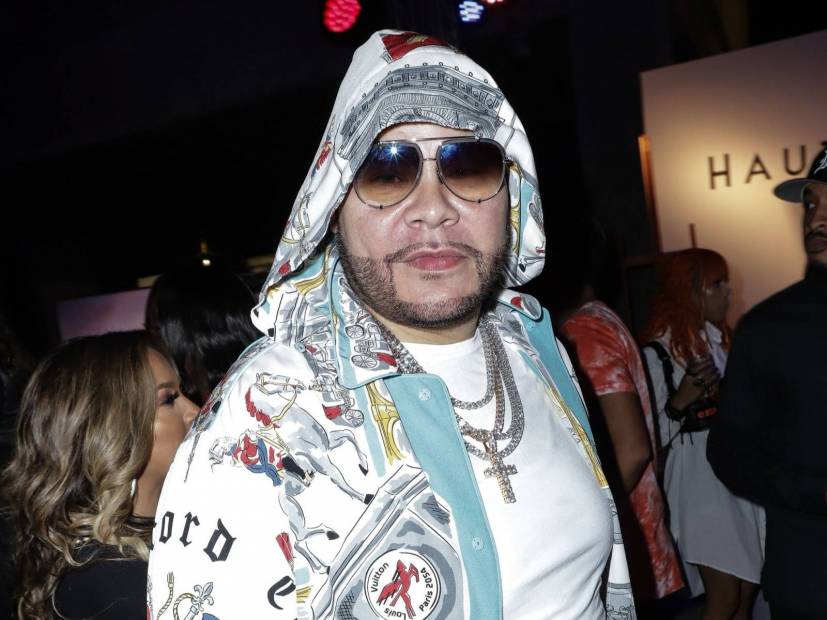 Fat Joe is taking zero culpability for reigniting the beef between longtime foes Nick Cannon and Eminem on the Family Ties cut “Lord Above.”

TMZ caught up with the Terror Squad vet on Tuesday (December 10) in New York City where he took the “it’s Hip Hop” defense.

“I didn’t plan nothing,” he explains in the video clip. “I’m an innocent bystander. I’m not responsible. Are you crazy? I’m taking the high road. Let me tell you something, I love Nick Cannon. He’s a good guy and Eminem is a very good friend of mine and they got their little personal Hip Hop thing going, you know?

“Nick Cannon is a money magnet. He’s a talented man. He’s a beautiful person but then when you talk rap, Eminem’s a GOAT. He’s an alien in this rap game … with Eminem, he do what he want and I guess Nick Cannon gotta respond the same way.” [apple_news_ad type=”any”]

Fat Joe is also asked if Cannon’s claim about Em only being on the track because of Cannon’s friendship with Joey Crack is true.

“That’s not true,” he says. “I’m honored to be on a song on my album with Eminem and Mary J. I look up to Eminem lyrically. Nick Cannon, I’ve done two singles with him. He’s a good friend. I love them both. I think this is fun stuff going on right here.”

When questioned about the #RIPNickCannon hashtag that was trending on Twitter, he quickly puts the paparazzo in his place.

“I didn’t say that!” he snaps. “I never said that. I did not say that. Let the people decide what they want. That’s what this is — Hip Hop.”

He then refused to get lured into a conversation about Wild ‘N Out and whether or not Em should go head-to-head with Cannon on the show.

“Listen, whatever happens happens,” he adds. “I can’t answer that one. I’m about to leave. Get the drip. Family Ties.”

Cannon has fired off two diss tracks in the wake of “Lord Above” — “The Invitation” featuring Suge Knight and “Pray For Him” with The Black Squad.

Em has yet to respond to the latest.