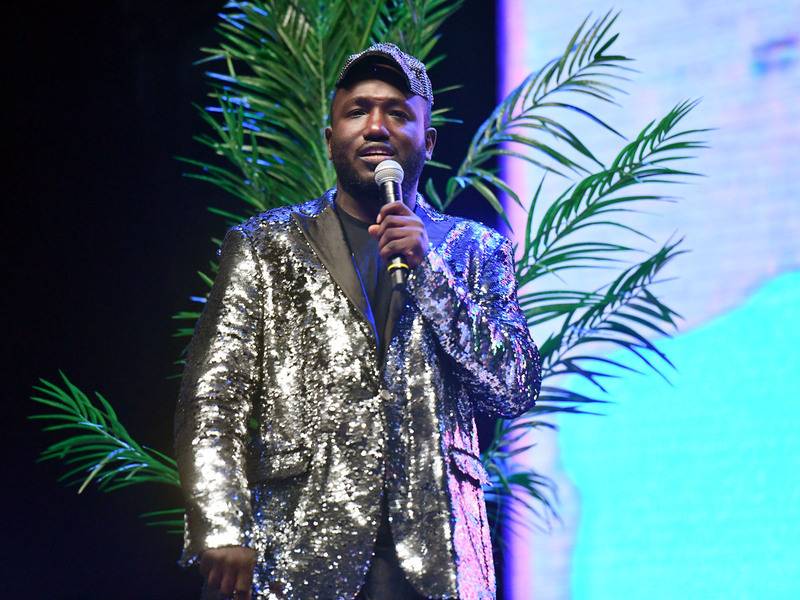 Isola, MS – Hannibal Buress is staging a last-minute festival before the year comes to an end. The Chicago-bred comedian has announced his inaugural Isola Fest, which he promises won’t be “Fyre Festival type nonsense bullshit.”

Buress’ festival is scheduled to take place at Playaz Palace in Isola, Mississippi on December 13-15. Artists booked for the three-day event include T-Pain, Flying Lotus, Open Mike Eagle and Buress himself.

“I’m having a festival December 13-15th in rural Mississippi,” he said in a press release. “That’s kind of short notice but I’m good with it. Isola is short for Isolation. I know this sounds like some Fyre Festival part 2 type situation but we have things pretty much in order.”

He added, “Our sandwiches are just as equally trash as theirs though. Some things you just can’t control. This is the town my mother’s side of the family is from. My cousin owns a venue called Playaz Palace so I’m getting a deal on these nights. The lineup is gonna be great. T-Pain, Flying Lotus, Open Mike Eagle, Eryn Allen Kane, Serengeti, and Khris Royal are all performing. It’s going to be a great time.”

Tickets for Isola Fest are on sale now via Buress’ website. Single day passes are available for $30 while three-day passes can be purchased for $75. VIP packages cost $100.

Check out the full Isola Fest lineup below.

Couple things. I'm doing a festival in Isola, Mississippi at @playaspalace next weekend. It's my first festival. I think it'll be pretty solid. No fyre festival type nonsense bullshit. We got hotels and sandwiches with moisture. Tickets available at Isolafest.com Design and beat by @thekpco Additional work by @hatejenkins With @tpain @flyinglotus @erynallenkane @open_mike_eagle @khrisroyal @ajamonet @tonytrimm @jokehustler @serengetidave @joyellenicole @cotton215 Also it's #givingtuesday so please let the algorithm bless @melvinamasterminds with some solid engagement and hit the link in my bio. #givingtuesday #musicfestival #mississippi #music #festival