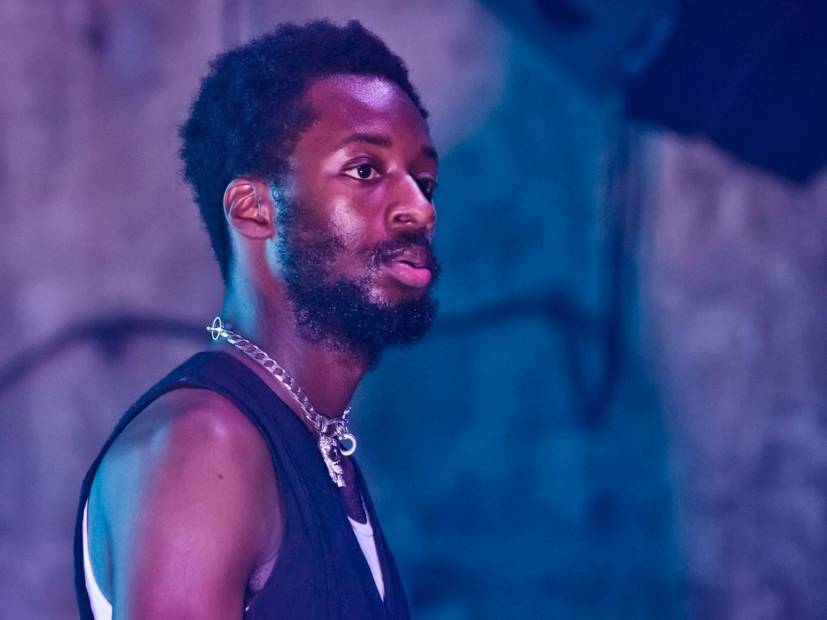 GoldLink addressed the controversial statements he recently made about Mac Miller during an overseas tour stop on Wednesday night (November 27).

While speaking to the crowd, GoldLink defended his polarizing Instagram post that essentially accused the late Miller of biting his work. At the same time, he acknowledged Miller for blazing a trail for him.

From there, GoldLink spoke specifically on the post and denied he was attempting to steal credit for influencing Miller’s 2016 album The Divine Feminine.

“The fact that he made a nigga a cake was one of the most heartwarming shits when you’re a young nigga in the game. What rapper makes other rappers cakes? …. That’s some cute boyfriend-girlfriend shit we was doing…That’s one of the realest nigga as I ever met. So I don’t give a fuck what nobody say about it.”

Mac Miller I’d be lying if I said I was surprised to hear that you died on us. Not because you were necessarily troubled, but because you were special and because of that, you were troubled. At your peak, you were the archetypal rapper all of us wanted to be; which was independent. But also just a kid with really bright eyes about life. I’ll keep it short because I want to continue our conversation for when it’s my time to go. But I think what made you and I special is that we weren’t always on the best terms. So I didn’t always have great things to say about you. When we were on the GO:OD AM tour, I played you my album “and after that we didn’t talk”, and you thought it was absolutely incredible. I released it under the“Soulection” label and the single for my album was called “Unique” ft. Anderson Paak, and that was your favorite song at the time. You loved it so much that you made the entire tour party listen to it, and surprised me with a cake after my set. I always thought you drove yourself insane about your own music. So much that, you would adopt styles as homage to those around you that you loved. That’s where our problem started. Divine Feminine was an actual blueprint of “and after that we didn’t talk”. Your single was called “Dang!” Ft. Anderson Paak…you had Souelction support you on the Divine Feminine tour and when I tried to contact you, about anything at all…you never hit me. A close mutual friend ended up just hittin’ my DJ saying “listen man, we love Link, but we just had to do what we had to do. And Mac said if he needs a verse at anytime, he got him” We are family, you could always call me. Afterwards, we seen each other at Coachella, and you put your head down like an innocent child, but I told you to pick it up and I hugged you like the brother you are to me. You were the first person brave enough to openly say “he’s dope.”, and gave me a platform. That meant more to me than anything else. 3 days before you died, I remember pullin up on you at the crib, walking in the house and seeing the Divine Feminine album plaque on the wall. I was so proud of you and what YOU created for yourself. And I’m forever grateful for that