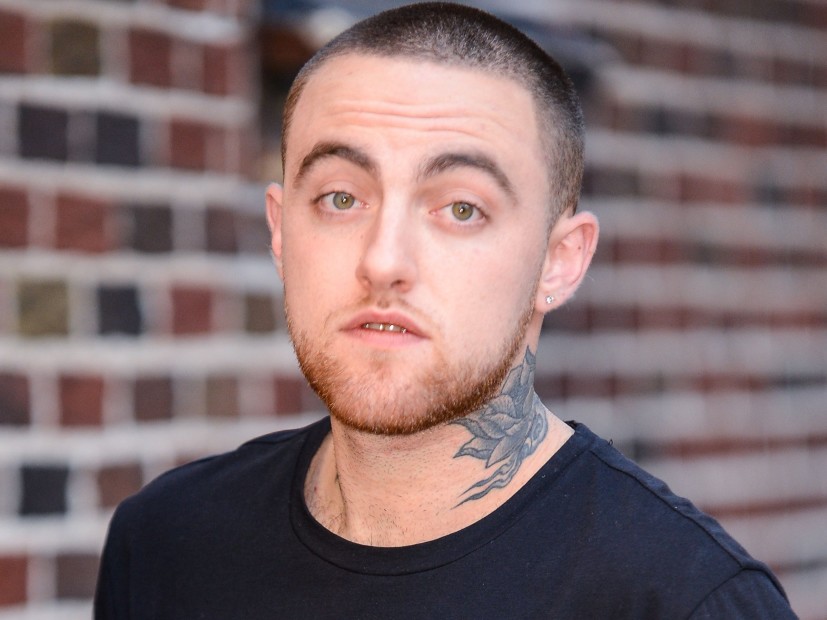 Pittsburgh, PA – The one-year anniversary of Mac Miller’s overdose death was on Saturday (September 7). Only a few days before, the alleged drug dealer who sold Miller fentanyl-laced oxycodone pills was arrested and charged in connection with his passing.

A memorial was held in his hometown of Pittsburgh over the weekend where Miller’s father Mark McCormick reacted to the news.

“So they finally caught the mother fucker who sold the drugs that killed him,” McCormick says in a video clip. “I do find some comfort in that. Many of us were young, including me, experimenting with drugs. But it’s a different fucking world out there.

“So they finally caught that motherf**ker”

Miller was found unresponsive in his Studio City home on September 7, 2018. The Los Angeles County Coroner’s Office discovered fentanyl and cocaine were in his system at the time of his death.

Miller was discovered on his bed in a “praying position” by his assistant who described him as already being “blue” during the 911 call. An empty bottle of alcohol was next to him on the nightstand and a bottle of prescription pills was found in the bathroom. Police also discovered a rolled up $20 bill with white powdery residue in Miller’s right pocket.

The Grammy Award-nominated artist was 26.

[This article has been updated. The following was published on September 4, 2019.]

Mac Miller died almost a year ago this month. His death sent shockwaves through the Hip Hop community and beyond. Just shy of the one-year mark, Miller’s alleged Hollywood Hills drug dealer has been arrested and charged in connection with his passing.

In a new 42-page criminal complaint out of the Central District of California, prosecutors claim Miller had asked Pettit for “percs,” the abbreviated name for the powerful narcotic pain killer percocet.

Miller was found unresponsive in his Studio City home on September 7, 2018. Although the manner of death was initially certified as an accident, it was later determined Miller died from an overdose of alcohol, cocaine and fentanyl.

During the investigation into his death, authorities recovered a plastic bag containing pills allegedly supplied by a prostitute and a madam. Two days earlier, Pettit delivered to Miller counterfeit oxycodone pills that contained fentanyl, cocaine and Xanax.

Instagram DMs between Pettit and other people who were reacting to Miller’s death were included in the criminal complaint.

“I think I should probably not post anything … just to be smart,” Petit allegedly said in one of the messages. When asked how he was doing, Petit allegedly replied, “I am not great … Most likely I will die in jail.”

DEA Los Angeles Deputy Special Agent in Charge Daniel C. Comeaux promised to speak up for those who are no longer with us.

“While the death of any victim of the opioid epidemic is tragic, today’s arrest is another success for the DEA’s HIDTA Fusion Task Force,” Comeaux said. “Let our message be clear, if you peddle illegal drugs and kill someone, the DEA will be the voice of the victim. We will not rest until you face the justice system.”

Pettit is one of three people who allegedly supplied Miller with the drugs. It’s unclear when (or if) the other two (presumably the madame and prostitute) will be charged.