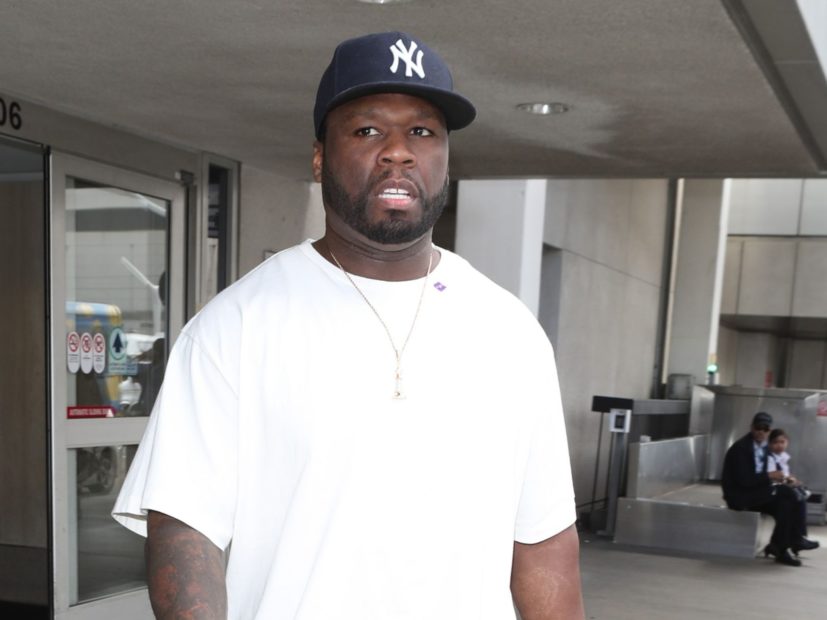 The infamous Instagram troll, whose account is currently deactivated, recently found himself on the defense after he posted a meme comparing Naughton to Mortal Kombat character Goro.

But according to a recent tweet, he was actually attempting to stand up for her.

I was sticking up for her, they just went and made some shit up. https://t.co/wbEu10uvbZ

The Power mastermind wasn’t so kind to another Twitter user who said, “Good BYE!!! Dont go back until you got some manners.”

Naughton, who quickly caught wind of 50’s shenanigans, was prepared for battle and called him out for being a shady boss.

“There’s so much I wanna say,” she wrote on Instagram. “but…. You don’t even have an Instagram account so… why waste my characters or come out of my CHARACTER!But do pick up a copy of my upcoming book: #whatNOTtoDoWhenYoureABoss ‍‍#ImNotACharacter #IAmARealPerson #IAmAWoman #IAmABlackWoman.”

😔There’s so much I wanna say but… You don’t even have an Instagram account so… 🤷🏾‍♀️ why waste my characters or come out of my CHARACTER! But do pick up a copy of my upcoming book: #whatNOTtoDoWhenYoureABoss 🤦🏾‍♀️ #ImNotACharacter #IAmARealPerson #IAmAWoman #IAmABlackWoman

This wasn’t the first time Fiddy appeared to make fun of Naughton’s appearance. Earlier this month, he posted another meme targeting the actress.

“POWER never ends, Ghost fucked up the edges LOL,” he captioned a photo of Naughton next to Power’s Omari Hardwick pushing Naughton’s forehead on the other.

He ultimately apologized after Naughton said he was “mean” on her Instagram Stories.

“yes you do a great job on the show @naturi4real,” he wrote in a since-deleted post. “I’m sorry if I hurt your feelings #lecheminduroi #bransoncognac.”

The rap vet’s Instagram account was deactivated shortly after his spar with Naughton, but he says he did that himself. He can currently be found on Twitter.