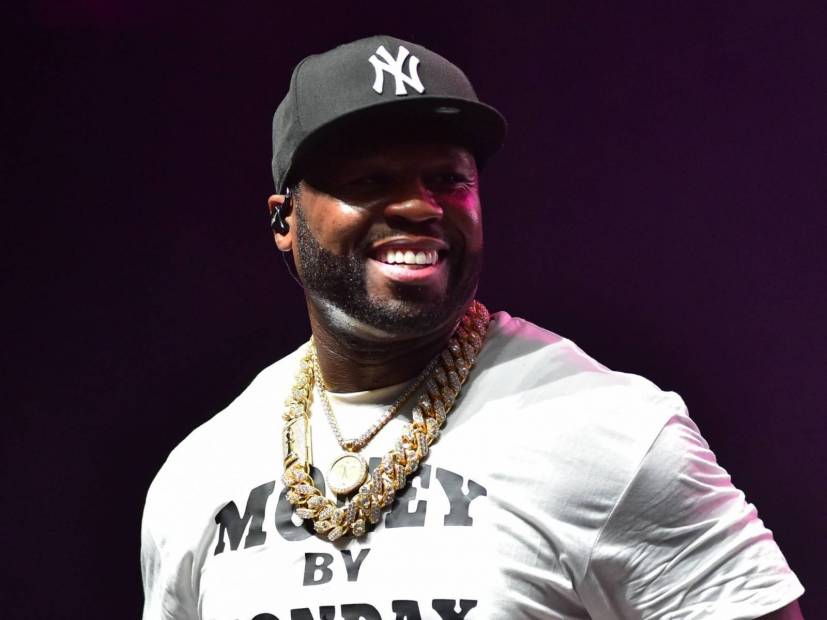 50 Cent is still off the ‘Gram but according to the Power exec, that’s not because of a policy violation.

On Sunday (November 17), the nearly professional internet troll shared a screenshot of an article stating his Instagram account was shut down after he sent “rude memes” to actress Naturi Naughton. In the caption, he insisted he was the one who deactivated his account.

“LOL Im cool with all these false report, if you don’t know why something happens you can’t just make some shit up,” he wrote. “smh I turned my own IG page off SUCKERS.”

?LOL Im cool with all these false report, if you don’t know why something happens ? you can’t just make some shit up smh I turned my own IG page off SUCKERS. #LeCheminDuRoi #bransoncognac pic.twitter.com/Nh62IItpq8

Fiddy is infamous for his Instagram conduct. He’s easily one of the social media platform’s most outspoken celebrities and boasts over 25 million followers. Shortly before his account disappeared, he had targeted Naughton with a Mortal Kombat meme, but she was clearly ready for the challenge.

Last week, she fired back at the Get Rich or Die Tryin‘ legend.

“there’s so much I wanna say but… you don’t even have an Instagram account so… why waste my characters or come out of my CHARACTER!” she said. She even managed to slide a plug in for her forthcoming book.

[This article has been updated. The following was published on November 13, 2019.]

50 Cent must have violated Instagram’s policies because his account is currently shut down. The Power mogul, who’s made a third career out of Instagram trolling, has instead ramped up his Twitter activity.

But don’t expect anything he’s posting to make sense. For the past several hours, he’s been sharing random memes dissing Naturi Naughton, delivering strange life advice, promoting Power, expressing his love for celebrity chef Rachael Ray and wondering what this “50-cent army” is.

What is this shit, I’m trying to find my army. ? pic.twitter.com/KMEqIJv5ug

Earlier this month, 50 sparked an Instagram debate about male oral sex laws after he clowned R&B singer Tank for some comments he made during an appearance on Angela Lee’s Lip Service podcast.

Most recently, he and Snoop Dogg ganged up on T.I. for admitting he takes his daughter to the gynecologist to “check her hymen.” It’s unclear if that’s why his Instagram has been disabled.

In the meantime, check out Fiddy’s tweets below.

?Who the fuck did this, POWER is #1 pic.twitter.com/XcGFts5yZn

I think Rachael Ray is the best ?‍♂️ pic.twitter.com/xJjmMztIG0

?do I have to go to China to find my Army ?I just want to be apart of it. LOL pic.twitter.com/yPWHPlWrR6