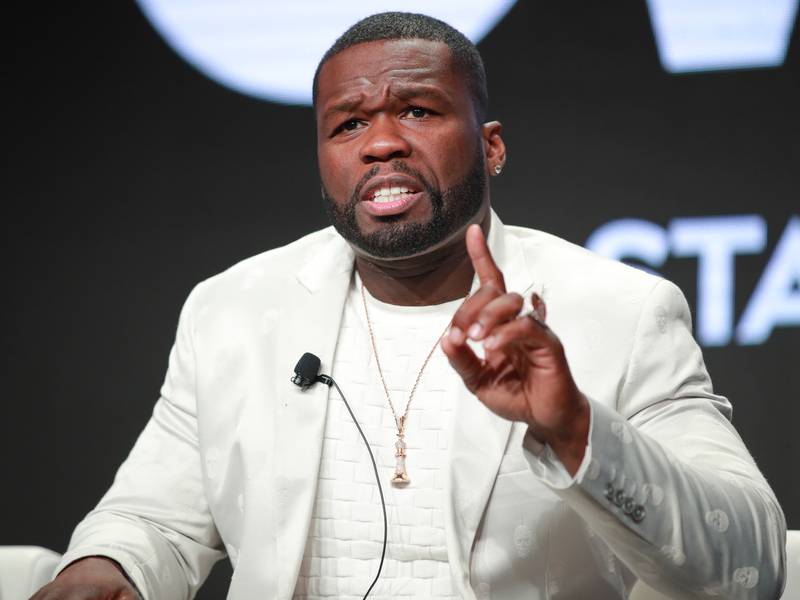 50 Cent is up to his usual social media antics. This time, he’s taking aim at Tank once again.

On Wednesday (November 6), the Power mogul shared a photo of Tank rocking a pink “Pride” hoodie and wrote in the caption, “yo my man Suga Tank said you not gay if you suck [dick] once or twice. what kinda shit is going on?”

Tank cleverly replied with a promo for his album, commenting, “Make sure you get the #1 R&B album in the world “Elevation”! @50cent if you play my album you won’t have to buy yo girl shit to fuck.. Let me help you.”

Fiddy’s comment was in reference to a recent interview Tank did for Angela Yee’s Lip Service podcast. At one point, the topic of oral sex came up. Tank said experimenting with the same gender doesn’t necessarily make someone gay.

Tank was subsequently dragged from here to kingdom come and accused of being a homosexual, which prompted a response from the R&B singer.

“I said what I said, ya’ll so goddamn homophobic,” he replied. “You got to watch the whole clip. In any event, homophobia is real, let me just tell you that. It’s just as real as racism, classism, all these things, and just as damaging. And it plagues our community the worst. This can’t be used as a negative. You can’t use a human being’s existence as a negative. We’re going through enough shit.”

Tank later hopped on Instagram to let his 1.6 million followers he wasn’t affected by any of the negativity.

“Unbothered because #1 isn’t concerned with any other numbers,” he wrote in the caption, referencing his Elevation album’s No. 1 placement on Billboard’s R&B chart. “Also unbothered cause I really look like this.. They don’t!”

Unbothered because #1 isn’t concerned with any other numbers.. Also unbothered cause I really look like this.. They don’t!.. #RnBMoney #TheGeneral #TanksElevation OUT NOW!! Link in bio! ? @calvinhydephoto