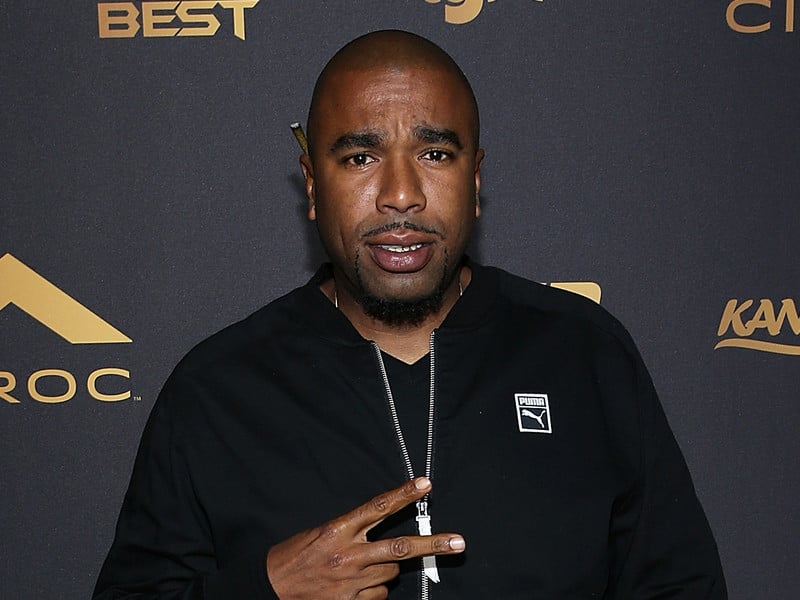 Kanye West finally unleashed his Jesus Is King album last Friday (October 25) but not everybody is feeling it — especially N.O.R.E.

The OG rapper and current Drink Champs co-host recently stopped by Nick Cannon’s Power 106 FM show for an interview where he weighed in on Ye’s ninth studio album. Despite his respect for the G.O.O.D. Music founder, he just can’t get into it.

He also told Cannon, “I know you smashed Kardashians before. I didn’t mean to say it like that. I love Kim, Kim is my hero right now. For jail reform, what she’s doing. Kim is my favorite person in the world right now. But I feel like she didn’t hear this album.”

N.O.R.E. — who was joined by his Drink Champs co-host DJ EFN — also admitted he had a problem with artists who won’t stop by Drink Champs for a sit-down, which might cloud his judgement a bit.

“I’ma be honest, I’m a hater,” he added. I’m kind of a hater. Let me explain why. Zane Lowe is a person that I respect, but I don’t respect … As a person whose made The War Report album, I’ve done records with Mariah Carey. So when I see a Kanye, a Drake, a J. Cole, a Pusha T and I see you ever go to any place other than [Drink Champs], the culture, I have a problem with that.”

HipHopDX rated Jesus Is King a 3.4 out of 5 and came to the conclusion: “This album should have and could have been as epic as it seems Kanye’s dive into his faith has been. All in all, the project is a decent affair that falls short of its potential.

Find the review here and watch the full interview above.