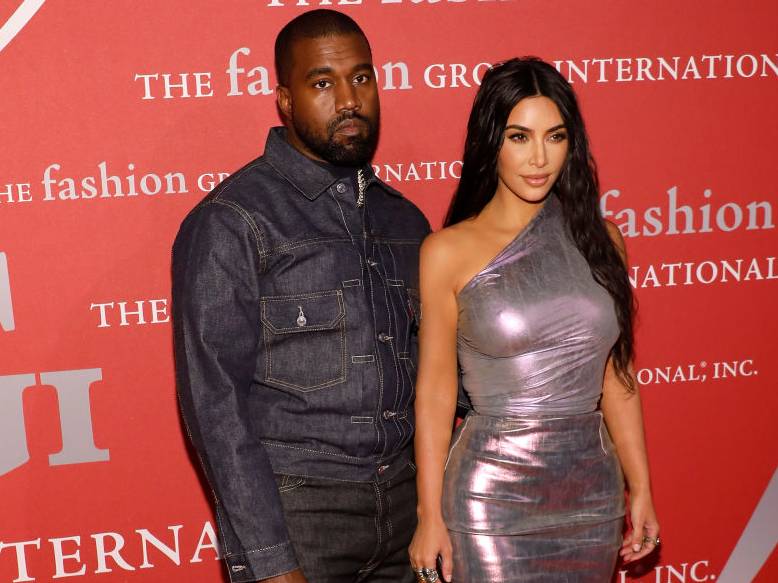 New York, NY – As fans (especially the ones who paid for a pre-order) lost their mental nuggets over yet another Kanye West album delay with Jesus Is King, the man of the hour appeared to have his priorities lie elsewhere.

Ye (decked out in denim and his custom Yeezy sneakers) and his wife Kim Kardashian West were among the many guests at the Fashion Group International’s Annual Night of The Stars Gala inside New York City’s Cipriani Wall Street on Thursday (October 24). According to the gala’s website, the organization champions itself as a “global, non-profit, professional organization with 5,000 members in the fashion industry including apparel, accessories, beauty and home” a table at the glitzy annual event can run up to $23,000.

The gala occurred adjacent from the calamity Ye caused on Twitter when he assured fans and onlookers that the album would be seen before the Friday sun.

“To my fans, Thank you for being loyal & patient,” Ye wrote on Twitter. “We are specifically fixing mixes on “Everything We Need” “Follow God” & “Water” We not going to sleep until this album is out!”

Thank you for being loyal & patient

We not going to sleep until this album is out!

As of press time, the album still has yet to be released.

Kanye’s upcoming gospel album has stirred the pot of tardy once over. Its original release date was September 27, 2019.