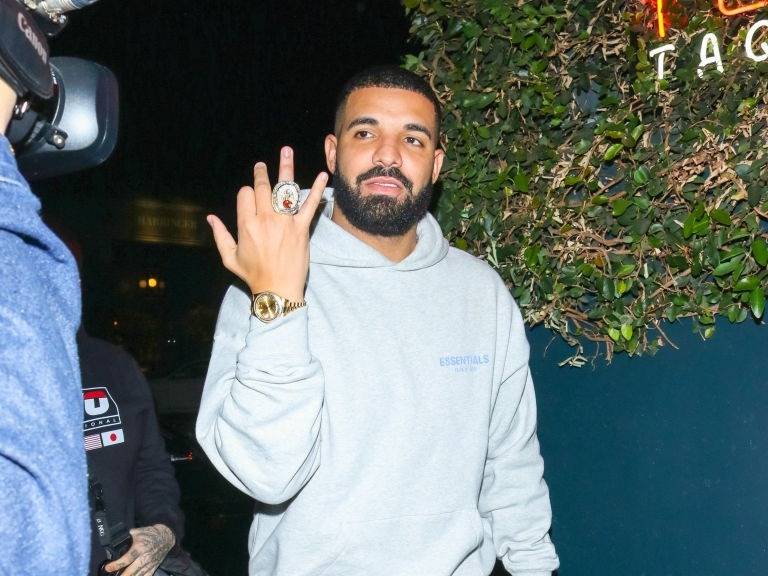 Los Angeles, CA – To cap off the Toronto Raptors being crowned NBA champions, Drake decided to get a ring of his own.

TMZ sports learned that the 30 carat diamond piece was produced by luxury jewelry-maker Jason Arasheben, founder of Jason of Beverly Hills. He values it at over $150,000, according to Complex.

Turnt this to a organization

The ring – featuring the team’s vintage dinosaur logo – was designed by Drake, who requested its arrival in time for Tuesday night’s season-opening ceremony.

Arasheben said: “Drake had me fly to Turks and Caicos for an emergency design meeting.”

“It’s a championship that’s dear to his heart and he wanted to create an over the top ring that not only paid homage to his city but made a statement above and beyond anything else in history.”

Drizzy also received the official NBA Championship ring handed out to the Raptors’ team during their opening night ceremony. Sporting over 650 diamonds in total, the ring is the largest in NBA history.

It includes 16 rubies – the number of playoff victories required to win the title – and depictions of the Toronto Skyline, the Scotiabank Arena, and the team’s Chevron logo.

Drake was given a $550,000 custom OVO jacket by Raptors’ President, Masai Ujiri, in May this year.