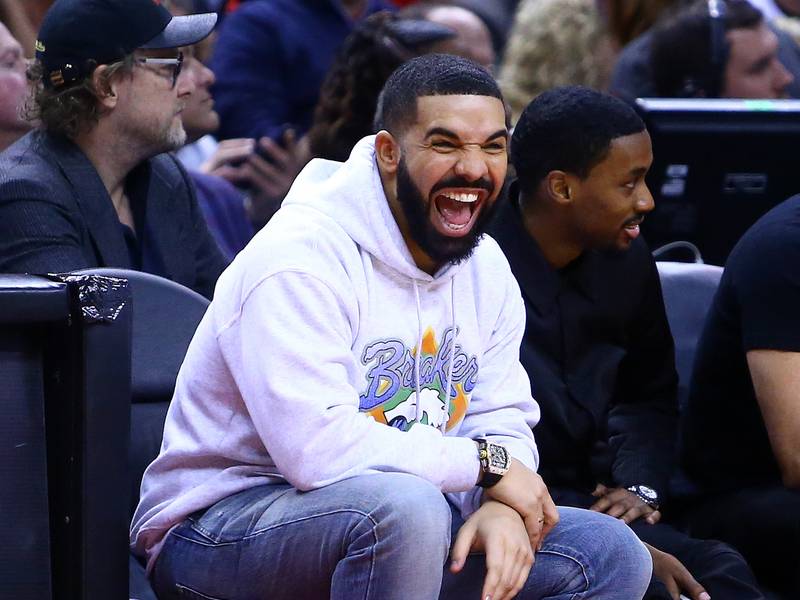 Drake Instagrams The Basketball Court In His Crib

Toronto, ON – Drake is giving new meaning to living the life of a baller. The OVO star has provided his Instagram followers with a glimpse at the lavish basketball court he’s built in his Toronto home.

Drizzy’s in-house court has the quality of a professional team’s practice facility and boasts a stylish design. The goal even has a shot clock installed on it as Drake clearly spared no expense on his hoops setup.

“Basketball, dinner, @euphoria on a Sunday,” he wrote in a post featuring some court clips, including one showing off his shooting skills.

Basketball, dinner, @euphoria on a Sunday

Drake’s behind-the-scenes look at his court contains a plug for his HBO show Euphoria, which is currently airing its first season. The record-breaking artist is one of the executive producers for the new series.

On the music front, Drake is currently preparing for the return of OVO Fest in hometown of Toronto. The ninth annual edition of the event is scheduled to take place August 4-5 at the Budweiser Stage.

Drizzy is also in “album mode” with his sixth studio LP in the works. The project will be his first full-length release since 2018’s Scorpion.