Jim Jones Admits He Was Heated After Informant Rumors Kicked Off 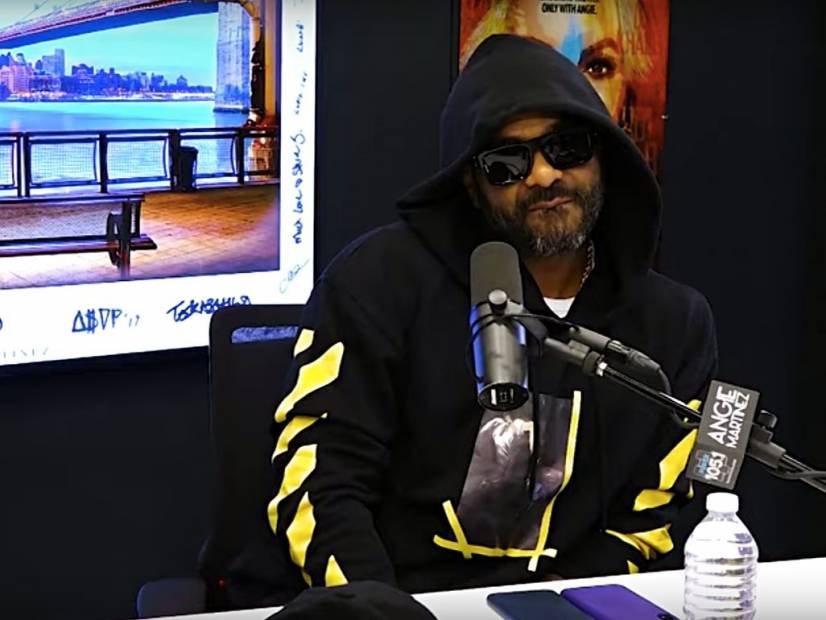 New York, NY – Jim Jones recently appeared on The Breakfast Club but refused to discuss Tekashi 6ix9ine, who identified the Dipset MC as a Nine Trey Gangsta Blood during his testimony last month.

Angie Martinez, however, gave it a shot on Monday’s (October 14) episode of The Angie Martinez Show and got Jones to discuss the controversy swirling around the currently incarcerated rapper. During their conversation, he spoke about the aftermath of 6ix9ine’s testimony and admitted he was initially heated when people started accusing him of being an informant.

“You never know that you’re in the circus until you figure out you was looking at a clown,” he said. “When the clown gives out information, everybody laughs, you dig? But for the most part, everyone knows I’m a substantial individual — I’ve been doing this for a very long time.”

Following 6ix9ine’s testimony, someone circulated a fake news story about Jones being an informant — which he addressed with Martinez. Adding insult to injury, 50 Cent reposted a deleted screenshot of the story and pretended to have an “a-ha” moment.

“People don’t read the facts, they read the ’Gram,” he explained to Martinez. “It’s a big difference, and people use the media to do what they do. They blow everything up out of proportion.

“As far as my feelings, of course, it doesn’t feel right. It took me somewhere else at the moment when I saw it, but then I calmed down, sat back, laughed at it, looked at the person who was dishing it, and thought about it.”

#50Cent posts a report that alleges #JimJones is a federal informant 👀👀

Jones added the way 6ix9ine was handling the situation was unacceptable.

“I do say one thing — where I’m from, real niggas don’t do bullshit to tarnish people’s name — at all,” he continued. “That’s not honorable. We don’t got to talk about that too much. If you know me, you know me.”

During his time on the stand, 6ix9ine also ID’ed Cardi B as a Blood while detailing the inner workings of the Nine Trey gang.

Even before becoming the government’s star witness, he’d earned the nickname “Snitch9ine.” But since his testimony, the “snitch” label has been flying around faster than 6ix9ine agreed to cooperate.

The 23-year-old is expected to be sentenced on December 18. He was initially facing a minimum of 47 years in prison but due to his cooperation, he could be out as early as the top of 2020.