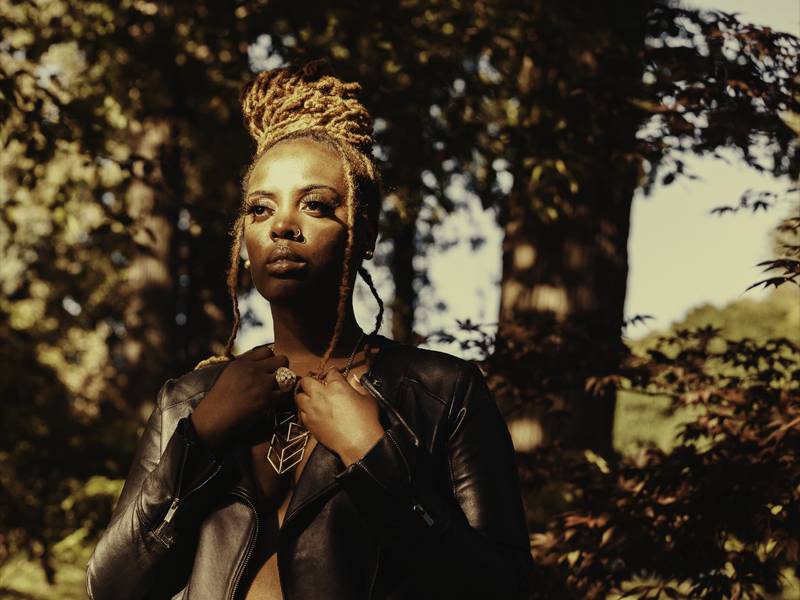 Interview: 7xvethegenius Talks "7xve is Love" & The Other Side Of Buffalo's Story

Buffalo, NY – There are two sides to every story — and the city of Buffalo is no different. For those who have never set foot on the holy grounds that birthed the almighty Griselda conglomerate, they’ve primarily had a singular and consistent narrative of life in the city.

Rapper 7xvethegenius is looking to diversify that, with the release of her opus 7xve is Love, which dropped Friday (October 11).

“Buffalo is a huge ghetto, and all that grimy shit certainly exists, but there is another side to the story,” she tells HipHopDX. “A more hopeful side, the side that creates Keisha Plum poems and Rick James pizzazz.”

7xve has been bubbling for a while now, coming up in proximity to Griselda — most recently hitting the road to support longtime friend Benny The Butcher.

“We’ve had multiple talks throughout the years just about how to get in the doors of the industry … We both knew as soon as somebody figured it out, it would be over,” she says. “Westside Gunn, Conway The Machine, and Benny figured it out, now I gotta introduce the world to a different lens of the same city you’ve heard a lot about from the Griselda Family.”

My focus level is different. Coming back to Buffalo after hitting these shows is doing something else to me. I was gonna start dropping projects in April to get yall into where I'm going musically. But I have something to say NOW I gotta set the tone first. Peace to @getbenny for changing the standard. I'm on my way to the studio as I type this. New music coming this month… 📷 @likerook

Her 10-song follow-up to April’s The Calm Before mixtape was purposely titled 7xve is Love to help people understand the spelling of her name. “I am the definition of what love is,” she says, breaking down the project’s mantra.

“I wanted to create a body of work that represents every dimension of how I perceive love to be. Love is calm, love is aggressive, love is playful and upbeat … but, love is also a real feeling and connection to the soul,” she explains. “That’s what I wanted this project to invoke: all of the feelings of what love is or is perceived to be.”

Beyond the conceptual vision, she also points to the fact that as a female MC (a term she suggests should be retired), she feels compelled to represent others like her from her hometown accurately. It’s a niche she suggests isn’t currently being filled.

“I appreciate the content, sound and style of other rappers, I really do, but there is a whole other existence and side of women out here, that to me, hasn’t been correctly represented, according to my perspective,” she says.

“The ‘on the grind, high achieving, feminine, educated, from the hood to the CEO, money-making’ type of woman. We need a soundtrack for our lives too. One that’s not overly conscious, and we can listen to while we roll-up. That’s what this project is.”

Ultimately, the project is meant to etch her name into the tapestry of Buffalo’s elite. Or, as she confidently labels it, “A calm introduction to the highest quality of lyrical street art,” from the city’s east side.

“Conway always tells me it’s my turn, that they opened the doors for me and others from the city to come through,” she notes. “I’m here to introduce the world to the rest of the story.”

Stream 7xve is Love by 7xvethegenius below.