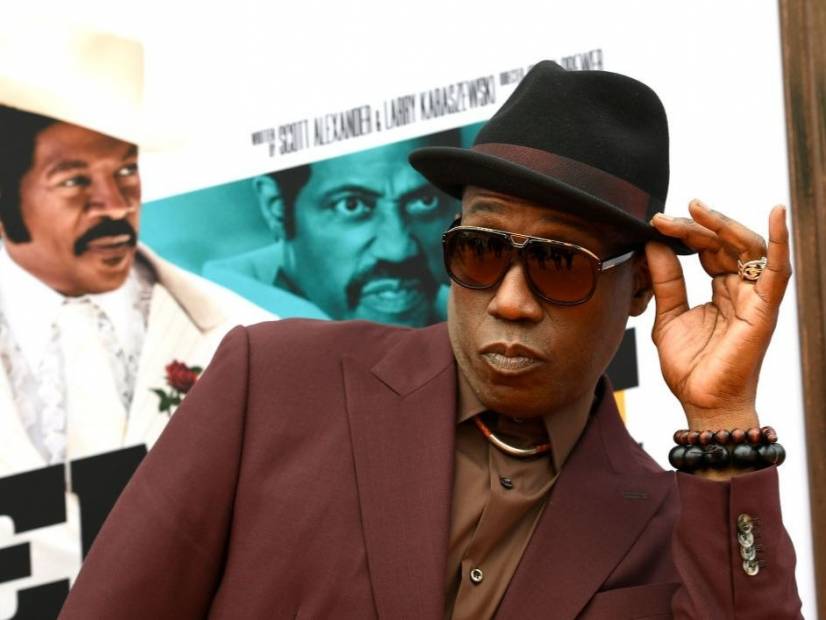 Los Angeles, CA – There’s a trend of reboots happening recently in the film making world. Production companies are looking to bank on the success of previously prolific projects. Hollywood Walk of Fame actor Wesley Snipes is against this fad and believes some movies shouldn’t be recreated.

He expressed his disdain when asked about the possibility of a New Jack City reboot. “I’m not associated with it, I have nothing to do with it at all,” Snipes told Brooke Obie of Shadow and Act.

He continued, “I think some things should be left alone if it worked at the time under the circumstances. And the story was built around things that were current. I don’t particularly like the idea of recreating the drug culture. For what? Under the current circumstances.”

Heard about that #NewJackCity sequel? So has @realwesleysnipes, who starred as Nino Brown in the original 1991 film. While sitting down with #shadowandact's managing editor @brookeobie for #DolemiteIsMyName press, here’s how Snipes responds when asked about the classic film getting the remake treatment.

Snipes has been asked by film producers to be involved in a sequel for the cult classic numerous times, but he refuses. The Breakfast Club host Charlemagne Tha God also trashed the thought of revamping New Jack City.

“They actually talked to me about doing it and I’ve told them no. If I had a dime for every time I’ve said no, it’s a done deal, it’s a wrap,” the Bronx native said.

The original 1991 film was the directorial debut for Mario Van Peebles. The movie starred Snipes, Ice-T, Chris Rock, Flavor Flav and more. The Blade star was on a press run for his new role in Dolemite Is My Name, featuring Eddie Murphy, Keegaan-Michael Key, Snoop Dogg amongst others.