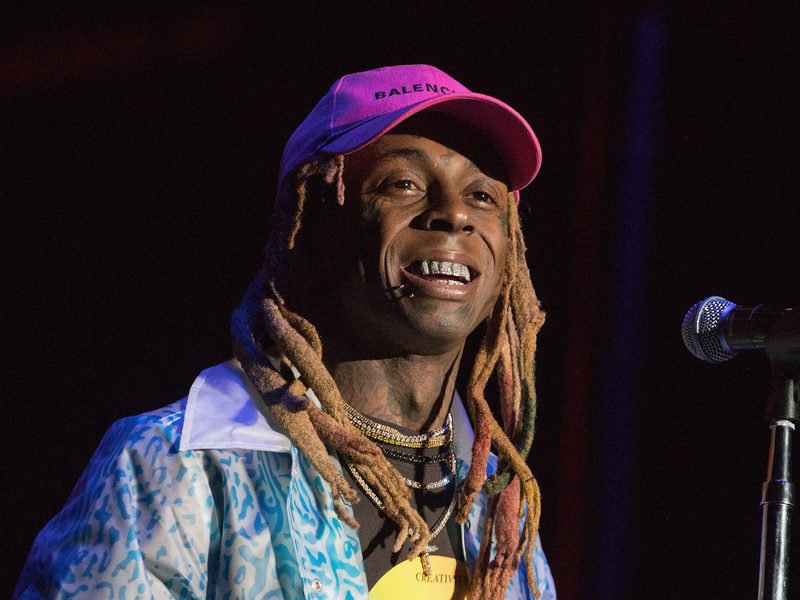 Lil Wayne opted not to perform with Blink-182 at their St. Louis, Missouri tour stop after an alleged incident at The Ritz-Carlton Hotel. According to a tweet from Weezy, he was asked to leave the luxury hotel.

“Sorry not doing the show tonight in St Lou kuz I was just kik’d out the ritz and 12 got involve so I gotta slide,” he wrote on Twitter. “Tht y’all f w me out here. Dam slime. It’s all luv tho.”

Sorry not doing the show tonight in St Lou kuz I was just kik’d out the ritz and 12 got involve so I gotta slide. Tht y’all f w me out here. Dam slime. It’s all luv tho

But TMZ reports Clayton Police Department’s interim Police Chief Mark Smith denied the accusation. Smith said Wayne and his crew were never kicked out and left voluntarily after a verbal dispute with the hotel staff.

Smith explained police were called to the hotel around 10 a.m. local time due to a “disturbance” in the lobby involving several men. Some were allegedly part of Wayne’s entourage. A responding officer saw a man in Wayne’s security team shouting at the desk clerk.

Police reportedly received several complaints of marijuana smells coming from Wayne’s room. Although the staff said they called Wayne’s room to ask him to open his balcony doors, he allegedly got upset and confronted them downstairs.

.@blink182 will perform tonight at @HollywoodAmpSTL. Lil Wayne will not be performing. Neck Deep will open the show at 7:30 PM. Tickets are available for purchase.

Sources close to Wayne, however, said that’s not the case. They accused the front desk of continuing to forward calls from an obsessed fan to Wayne’s room. The person apparently knew Wayne was staying there and had his room number.

Weezy sources said the staff continued to send the call to his room instead of blocking the call, which infuriated the platinum-selling rapper. No arrests were made.

This marks the third Blink-182 tour stop Wayne has canceled. In July, he threatened to quit the tour altogether but quickly changed his mind.

Yesterday was krazy! But I want all my fans to know I won’t be quitting this tour! I’m having too much fun with my bros blink-182. Bangor,ME See you tomorrow!

During a stop at Jiffy Lube Live venue in Bristow, Virginia on July 11, fans tweeted Wayne only did a 20-minute set before bailing. At one point, he told the audience he suggested the lack of rap fans in the crowd was strange for him.

“Please forgive me, but I am so not used to performing to a crowd and there’s not too many, like still, that’s not my swag,” he said. “I’m not sure how long I’ll be able to do this tour, but make some noise for Blink-182 for including me anyway. This might be my last night though.”

AND STRAIGHT UP LEFT THE SET AFTER 4 SONGS… IM DEAD??‍♀️? (but at least I got some videos) pic.twitter.com/KSVUHkPQND