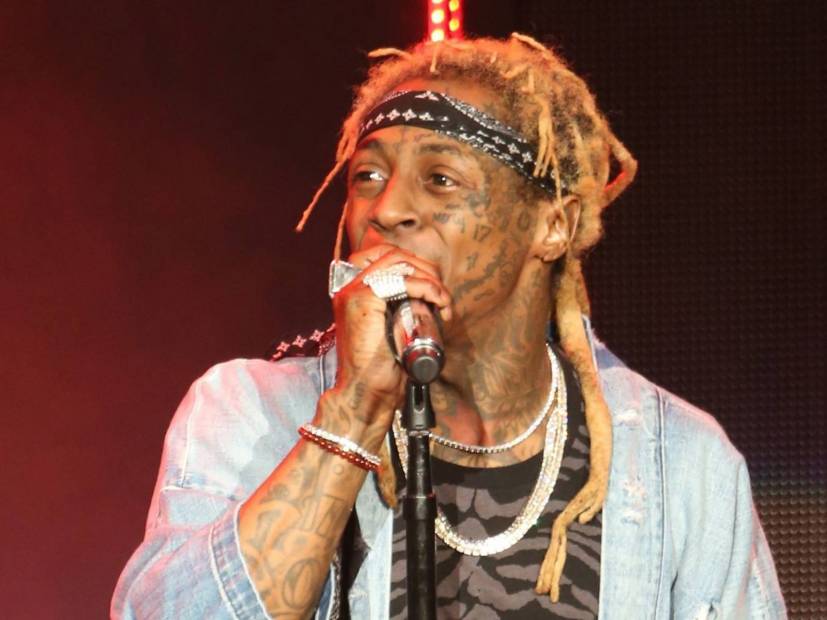 It appears Lil Wayne is feeling better about his role on the Blink-182 tour.

Wayne threatened to quit the run on Thursday night (July 11), but has evidently had a change of heart. On Friday (July 12), Weezy hopped on Twitter to let his 34.3 million followers he wouldn’t be going anywhere.

“Yesterday was krazy!” he tweeted. “But I want all my fans to know I won’t be quitting this tour! I’m having too much fun with my bros blink-182. Bangor,ME See you tomorrow!

Yesterday was krazy! But I want all my fans to know I won’t be quitting this tour! I’m having too much fun with my bros blink-182. Bangor,ME See you tomorrow!

Wayne suggested he wasn’t feeling the “rap-less” crowd in Bristow, Virginia on Thursday night (July 11) and allegedly walked off stage after performing only four songs. People who had attended the show quickly took to social media to express their disappointment. But now, Wayne fans can rest assured he’ll finish the remaining dates.

The Blink-182 tour picks up on Saturday (July 13) in Maine. From there, they head to Ohio, New York, Virginia before ultimately winding up in New Jersey on September 18 for the final date on the extensive run.

Lil Wayne is currently on a joint headlining tour with pop-punk group Blink-182 — but it appears Weezy isn’t feeling it.

During a stop at Jiffy Lube Live venue in Bristow, Virginia on Thursday night (July 11), fans tweeted Wayne only did a 20-minute set before walking off the stage altogether.

In between tracks, he told the audience he was feeling conflicted and suggested the lack of rap fans in the crowd was strange for him.

“Please forgive me, but I am so not used to performing to a crowd and there’s not too many, like still, that’s not my swag,” he said. “I’m not sure how long I’ll be able to do this tour, but make some noise for Blink-182 for including me anyway. This might be my last night though.”

FULL VIDEO of #lilwayne saying this might be his last night on the #blink182 tour. He says "please forgive me I'm not used to performing in front of a crowd that looks like this" He says he doesn't know how much longer he can do this tour.
Gotta understand the man ??‍♂️ @TMZ pic.twitter.com/PHwVsQqqS0

Several concert attendees aired their grievances on Twitter. One claimed Wayne said, “ain’t enough of y’all **** here, I’m out” and left after playing only four songs.

AND STRAIGHT UP LEFT THE SET AFTER 4 SONGS… IM DEAD??‍♀️? (but at least I got some videos) pic.twitter.com/KSVUHkPQND

Wayne and Blink-182 are expected to resume their tour schedule on Saturday night (July 13) in Bangor, Maine. If he completes the tour, the last stop would be on September 18 in Camden, New Jersey.