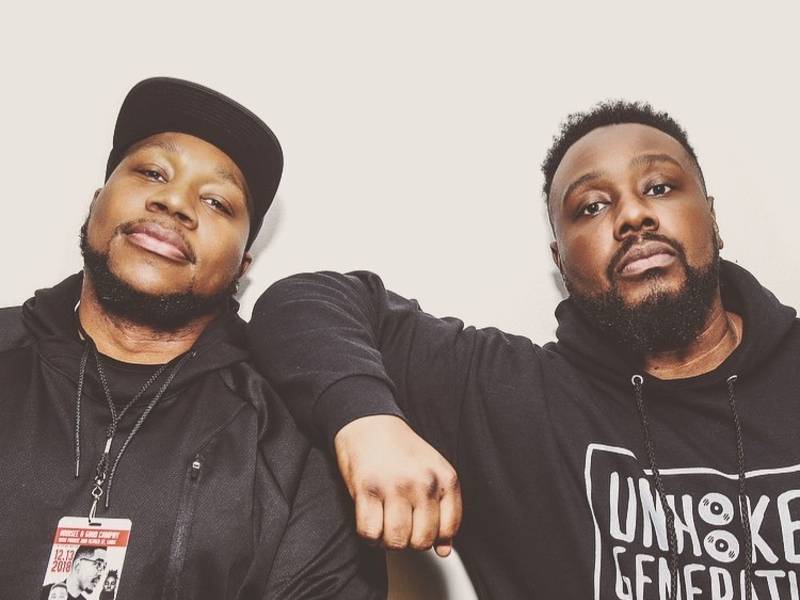 Little Brother’s reunion was an unexpected surprise for Hip Hop heads, but many fans wondered why 9th Wonder wasn’t involved in their new album May The Lord Watch. During an appearance on The Premium Pete Show, Phonte and Rapper Big Pooh finally cleared the air on their former member’s absence.

Pooh started off addressing the topic by stating, “There’s no issue.” But when 9th’s public support of the album was noted, Phonte made it clear the trio wasn’t on the same page by any means.

“That was bullshit,” he said. “That was the get-in-front-of-it story.”

Phonte then proceeded to explain how 9th went from initially being part of their reunion to entirely out of it. Tigallo started by detailing what happened after the trio unexpectedly reunited at the 2018 Art Of Cool Festival.

“So, we start recording. Just to make a very long story short: we start recording and we get into it, and the beats he was sending just really weren’t speaking to us. And I’ll never go on record and say the beats were bad. It’s art. It’s subjective … So, I go to him and I have a conversation. And I say, ‘Look, man, I want us to bring other producers in on this project. He’s like, ‘Nah, I don’t wanna do that.’ And I’m just like, ‘OK.’ [9th says] ‘Cause if the album is called Homecoming, what am I’m coming home to?’ In my mind, I’m like nigga, you coming home to the home that we maintained while you was AWOL. But, I just let it sit.”

Next, Phonte broke down how 9th’s expectations conflicted with their group dynamic.

“So, I call him back and I say, ‘Listen, man, I just wanna have a conversation about this,'” he recalled. “I say you not wanting other producers on this album pisses me off and let me explain to you why. I said in the best analogy I can give, it’s like say your dad leaves the family … Now, it’s 15 years later and your pops wants to come back to the family and that’s fantastic. The family is great about it. They’re like, ‘Word up, welcome back. As long as you understand you’re coming back to a different family.’

“The family you left is not the same family you’re coming back to … You coming back tryna tell the stepdaddy how many seats he can have at graduation, nigga get the fuck outta here … You can come back and participate, and you can come back and we can figure out what this new framework looks like together but fuck outta here with this, ‘Alright kids, be home by midnight’ shit.”

The breaking point for Phonte and Pooh came when 9th tried to be less involved in their tour plans. For Little Brother, it was a sign things hadn’t changed since they originally became a duo.

“He didn’t want other producers on the album,” Phonte noted. “Then it became a thing of ‘Well when we tour, what if I just do the festival dates and [DJ] Flash do the regular dates?’ I was just like, ‘Dude, no.’ If we’re gonna do this, either you’re all the way in or all the way out. And if there’s any reason why you can’t do that or won’t, let’s talk about it. But this is the exact same problem we ran into 10 years ago when we became a duo.

“And for me, it just became a very simple thing of — look, for something to happen twice the exact same way, one time is a glitch. Two times is a feature. I see you. I see your authentic self. I see what you’re about. I see who you’re about, and I can accept that. And in my acceptance of that, I feel comfort in walking away from you completely and leaving that alone ’cause I just don’t need that narcissistic energy in my life.”

According to Pooh, they made it a clean break. Instead of trying to hold onto some of the tracks they’d done with 9th, they opted to begin anew on May The Lord Watch.

“And once we decided to start over, we told him, ‘You can take your beats back,'” Pooh said. “We’re gonna actually start over.”

Phonte added, “We had gotten like three songs in. We had did like two or three records with him and once that happened, once we saw where he was with it, we was just like nah. We’re not doing this again. You take your beats, do whatchu do, but we ain’t doing this no more.”

Tay also broke down the differences between his past issues with Pooh and their disagreement with 9th.

“With me and Pooh, when we had problems, it was based on misunderstandings and miscommunication,” he declared. “With us and 9th, the decision to just totally part ways with that, it was the exact opposite. It was based on a complete and total clear communication.”

Phonte said they never intended to reveal all these details but when DJ Premier expressed disappointment about 9th’s lack of involvement, he felt like he needed to tell the true story.

To close out the discussion on 9th, Pooh clarified the Jamla Records founder’s role in the group.

“Tay and I, we never really talked about how Little Brother was able to function,” he said. “You just saw Little Brother and you assumed or presumed whatever it is you thought how it happened. But the truth of the matter is Little Brother has, for all intents and purposes, been Tay and I since during The Minstrel Show — not after, during. And the real producer of Little Brother post-The Listening has been Tay … We’ve been A&R’ing them projects … People had this idea that [9th] was the executive producer. That was us, bro.”

Listen to everything Little Brother had to say about 9th starting at the hour and seven-minute mark of their Premium Pete Show appearance.