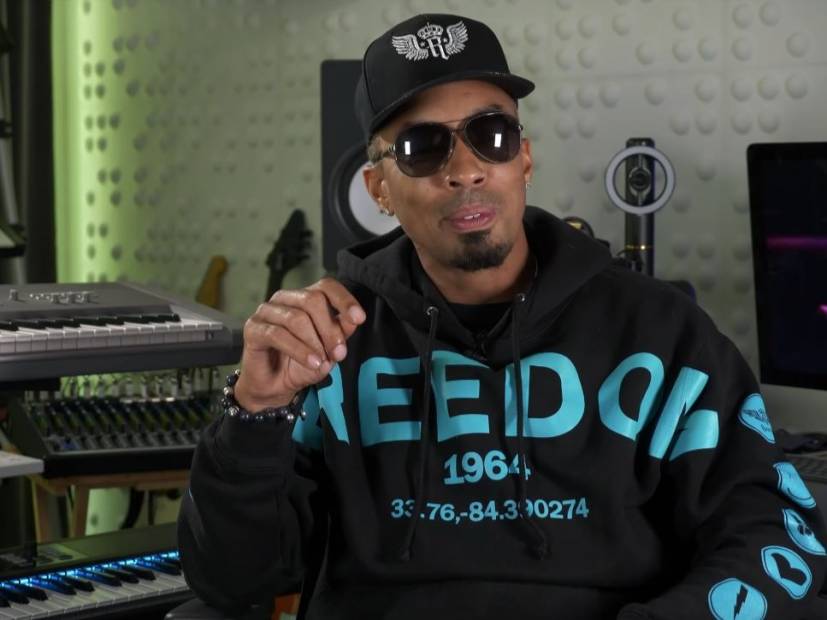 Famed producer and record executive Dallas Austin sat down with VladTV to discuss a myriad of topics, including his work with Michael Jackson. During the conversation, Austin recalls when the King of Pop requested a rapper to work on “This Time Around” in 1994.

“I said, ‘Well, maybe you want Treach from Naughty By Nature,'” Austin says. “He was like, ‘No, no, I need somebody hard or something.’ ‘You want like Notorious B.I.G?’ ‘Yeah, yeah, yeah, what about him?’ So I called Puff and was like, ‘I’m working on some Michael Jackson stuff. We want Biggie to do a rap, can you send him out here?’ He’s like, ‘Yeah, I’m sending him now.’

“So Biggie comes out. Me and Biggie are riding around the car listening to the song and he’s writing a rap, smoking weed and he’s like, ‘I just can’t believe I’m sitting here with you guys.’ He had a bunch of cuss words and all this stuff in the rap, I was like, ‘Ah man, I don’t know if this is going to fly with Michael. It’s got so many cuss words and gun-toting and everything else, and he don’t smoke nothing.’ I was like, ‘I’ll tell you what, let’s just do it for him.'”

Needless to say, Austin was nervous about letting Jackson hear Biggie’s verse. But nothing could have prepared him for his reaction.

“Michael comes in and he hears it, and I’m just sitting there like, ‘Oh my god,'” he adds. “I’m kind of embarrassed in one sense because it has so many street words in it and Michael just goes, ‘Oh my god this is perfect. I love it. This is exactly what I wanted to say!’ I was like, ‘There it is.'”

“This Time Around” comes from Jackson’s 1995’s HIStory Past, Present and Future: Book I album. Aside from “Scream” featuring his sister Janet, it’s the only song Jackson ever cusses on.