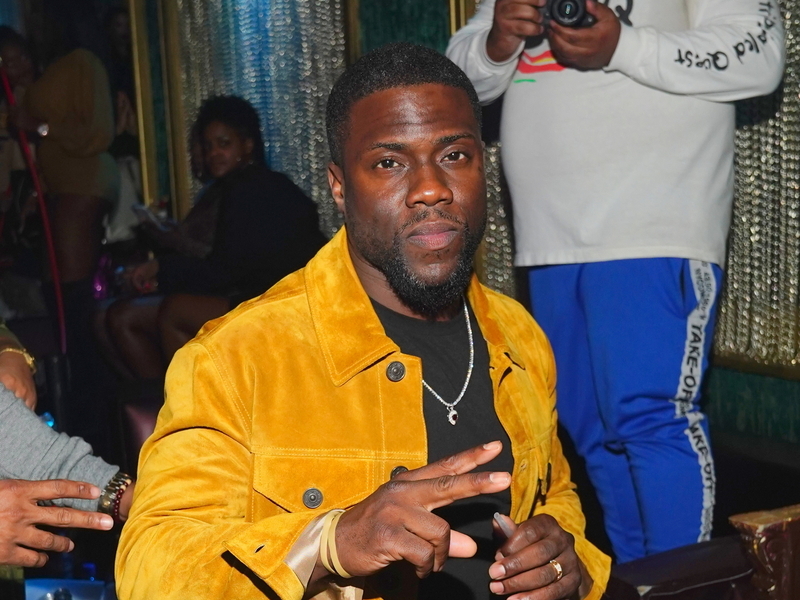 Los Angeles, CA – Kevin Hart will reportedly require weeks of rehab following the horrific Mulholland Highway crash over the weekend. TMZ reports the comedic actor will have to undergo extensive physical therapy to get back in top form.

Sources close to Hart revealed he’ll be released from the hospital before the week is overbut will have loads of physical therapy and a packed schedule of doctor’s appointments.

Frankly, Hart is lucky to be alive.

Jared Black, who was driving Hart’s vintage Plymouth Barracuda at the time of the crash, careened off the highway, crashed through a white wooden fence and landed several feet below in a ditch in the early morning hours of Sunday (September 1).

Pulled out some muscle on this beautiful Sunday….Happy Fathers Day fellas. Have a blessed one

The car was completely crushed and Black and his fiancée Rebecca Broxterman had to be cut out of the vehicle by the fire department.

After Hart was taken to the hospital, he underwent a successful back surgery. He’s expected to make a full recovery.

[This article has been updated. The following was published on September 2, 2019.]

TMZ reports the comedic actor was the passenger in a vintage Plymouth Barracuda — which belongs to Hart — when the accident occurred.

Jared Black, who was behind the wheel at the time, careened off the road and the car plummeted into a ditch about 10 feet below. It first went through wooden fencing before it came to a stop.

The roof of the Barracuda was completely crushed and Black, along with Black’s fiancée Rebecca Broxterman, had to be cut out of the vehicle by the fire department. Black was airlifted to UCLA Medical Center while Broxterman didn’t require any treatment.

Hart’s bodyguard, who showed up in a SUV, took him to Hart’s nearby home to “get medical treatment.” However, Hart’s condition appeared to be far worse than initially realized so he was taken to the hospital.

Paparazzi caught up with Hart’s wife Eniko as she was returning to the hospital on Monday (September 2). She said Hart is going to be “fine” and revealed his spirits are good.

Doctors successfully completed Hart’s back surgery on Sunday (September 1) night. A source said he’s expected to remain in the hospital for at least a couple of days while he recovers.

Black is reportedly surrounded by friends and family at the UCLA Medical Center as he recovers as well.

Pulled out some muscle on this beautiful Sunday….Happy Fathers Day fellas. Have a blessed one