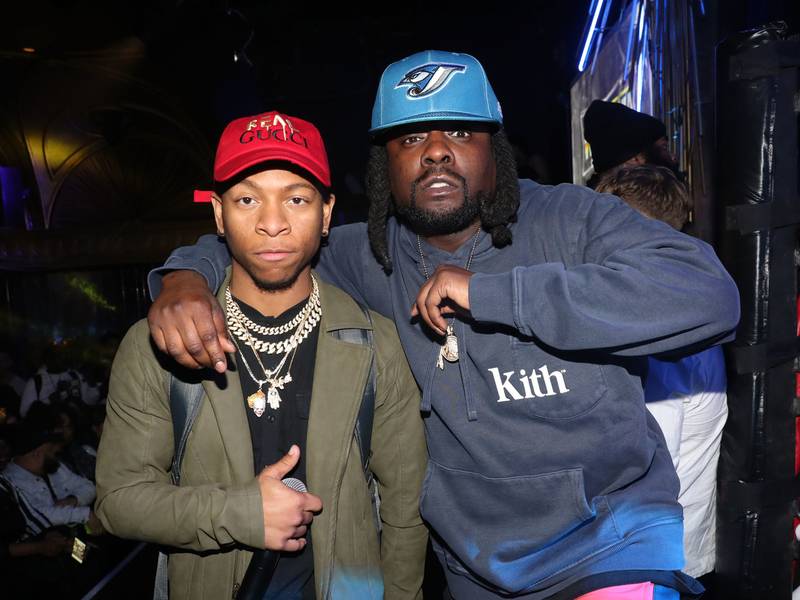 Lio Rush reached the biggest stage of professional wrestling when he signed with WWE in 2017. The following year, he became a regular fixture on the company’s flagship show RAW as the manager of fellow pro wrestler Bobby Lashley.

Things were going great until Rush’s wrestling career hit a roadblock in April. He was taken off television and became the subject of backstage rumors, which he prompted him to do something his peers rarely do — speak on the record about the situation.

“A lot of the times these rumors just get taken as facts because I feel like people are afraid or scared to tell their side,” he reveals. “But I take pride in what I do and the things that I believe in. I don’t like my reputation being altered by dirt sheets [wrestling websites] or anyone who doesn’t know the full side of any story. And I just wanted to throw some positivity at the situation because everybody’s always trying to capitalize on the negative and make stories out of things that have no source or substance behind it.”

Months later, Rush remains off WWE television. While this has left him in a state of limbo, the time away has allowed him to explore one of his other creative interests: Hip Hop.

In July, Rush dropped his debut single “Scenic Lullaby.” The song’s content is a far cry from the braggart character he’s been portraying in WWE. Instead, the track’s evocative lyrics explore real pain from the 24-year-old’s life.

For Rush, the song is also a way of subverting the expectations about a pro wrestler rapping. As someone who cites influences such as Mos Def, Common, Eminem and fellow DMV area native Wale, Hip Hop isn’t a gimmick for him.

“There’s this stigma of doubt with professional wrestlers making a rap song,” he notes. “It’s always in the wrong direction as far as the content of the song. I just didn’t want to be associated with that.”

Rush knows many listeners are only paying attention because of his pro wrestling background, but his rap pursuits aren’t just a hobby. Although he’s not done with wrestling, he says music is a new chapter in his life.

After releasing “Scenic Lullaby,” Rush’s next goal is to record an album. He also has aspirations of touring and wants to be regarded as “a legend one day in the music industry.” He believes the relationships he’s built through his pro wrestling career — such as his friendship with Wale — have given him a leg up in his foray into Hip Hop.

“I feel like the connections that I’ve made within wrestling are a great start,” he points out. “Being able to tour the world and meet people that grew up as fans of the WWE and grew up as fans of professional wrestling, they gain a liking of me through watching TV and then find out I have other goals and other interests. I think it’s the same as anything when other people are trying to branch off into different fields. It’s all about connections. Meeting guys like Wale and being able to perform in front of other celebrities and other people that hold an interest in you is a great thing.”

As he embarks on his Hip Hop venture, Rush admits he doesn’t know what the future holds for him in WWE.

“It’s a very strange thing,” he acknowledges. “WWE has so many employees and talent. They’ve got SmackDown, RAW and NXT. And on top of those brands, they have so many wrestlers and people that aren’t on TV. It’s just one big wheel and once one thing is done, the next thing just keeps on going.

“A lot of the times, things don’t pan out or work out the way that they thought they would. So, this time that I’m spending right now is just reevaluating, being at home with my family and working on other projects that I’ve always wanted to work on, which was the single, and hopefully more music in the future.”

With the way things currently stand, Rush is simply rolling with the punches and sticking to his principles as he waits to see what happens next.

“I’ve always taken business as business … especially in an industry where it’s such a dog-eat-dog world,” Rush says of pro wrestling. “There’s so many people out there trying to take your spot or take your position. There’s only one WWE champion. And everybody’s trying to be exactly that.”

He adds, “I’ve always been pretty open with my personal life and the things that I believe in and why I do the things that I do. And a lot of people don’t like that, especially being a 24-year-old guy who has only been in the business for less than five years and at the WWE a little over two years. I feel like a lot of people don’t like that. But I go to work for one reason and that’s to do my job to be able to provide for myself and my family.”

Check out more of Lio Rush’s creative endeavors on his YouTube channel.