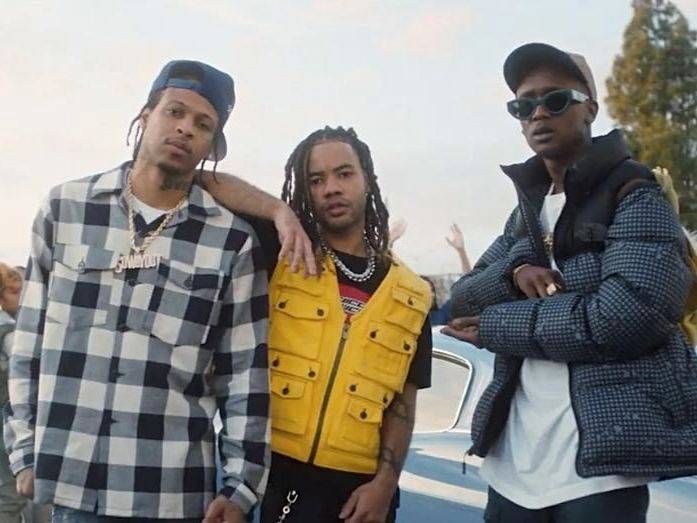 Pro Era DJ/producer Powers Pleasant has stepped into the foreground with his debut EP Life Is Beautiful. Powers first told HipHopDX about the eight-track entry during a Joey Bada$$ show in Denver last year and now, it’s finally come to fruition.

As for the title Life Is Beautiful, Powers chose it very carefully.

“It’s a reminder to stay positive and to see the best in everything and not get brought down by things that might not be positive,” Powers tells DX. “It’s about keeping your eyes on the prize through the sun and the rain.

“‘Life is a beautiful’ is a common thing I used to say a lot. People would think I was saying it for everyone else, but a lot of time I was saying it to myself, to see the beauty in everything. There’s definitely been some challenges and some ups and downs, but me saying that consistently and doing that got me through it.”

Combined with the cover art — which was inspired by Malcolm Browne’s iconic photo of a self-immolating monk — the project is a well-thought-out juxtaposition of the positives and negatives of life.

“That’s me in the photo actually,” he says. “That’s funny. Nobody really notices. That [photo] was the inspiration for the cover, and I think I’m kind of a pyro so I think fire is cool. The monk, positivity and protest — it’s a lot of different things in one. Then there’s the skull in the background and it’s kind of distorted.”

The album’s lead single, “Can’t Fucc Wit It” featuring G Perico and Buddy, recently got the video treatment and the song itself is a clear standout. Powers says he made the beat in one night.

“I was at a session with G Perico and it was my first time working with him,” he explains. “I’m from New York, but he came through like super L.A. with the Jheri curls dripping and a shower cap on. He’s like 100 percent himself.

“So, he came in and I think I was playing some beats. It was cool and he rapped over one beat. It was dope, but I was like, ‘Nah, I gotta to give him some real crazy West Coast shit.’ I just fed off the energy of his vibe and I made that shit in one night.”

Powers, who just signed a publishing deal with Sony/ATV, has his eyes firmly set on the future.

But for now, check out the Life Is Beautiful album stream, cover art and tracklist below.