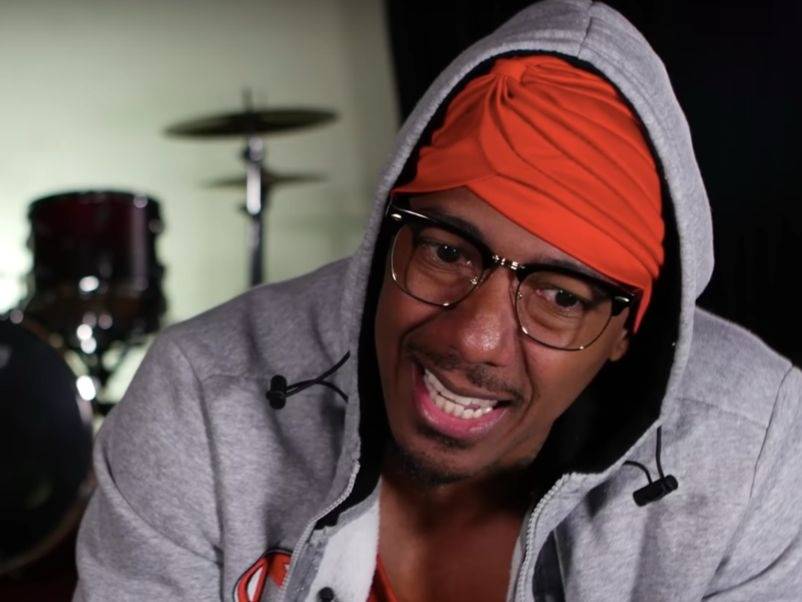 Los Angeles, CA – Nick Cannon was a recent guest on VladTV where he was asked about Lord Jamar’s claim that nobody in the hood listened to Eminem. While he didn’t initially answer the question directly, he eventually got to his point.

The Power 106 host started off by explaining how white women turn artists into superstars.

“It’s capitalism at the end of the day,” he says in the clip. “Hip Hop music, the people that buy Hip Hop music are white people, specifically white girls. Like if you look at the actual demographics and how it all breaks down, well music in general. Even when you look at the streaming numbers.

“Women, number one, are the biggest connoisseurs when it comes to consumption. When you break down demographically how it all works — from the fanbases to the girls who buy tickets and are screaming in the front rows, they create the stars.”

He continues, “Us as guys, we sit back and we respect cats — we respect Nas, we respect Hov, we respect E-40 and [Ice] Cube and we can sit there and talk about them, but we ain’t gonna go out and fanboy for the muthafucka. Fanning for somebody is where the money is.”

Finally, Cannon gets to Slim Shady and basically describes him as a marketing dream.

“When you get a blonde-haired white boy that is actually dope, that’s like the second coming of Christ to the music industry,” he continues. “Because you gonna get all of the credibility, like dude you can’t deny that he’s dope. He’ll get in front of anybody, battle anybody. Then ,the fact it’s like, ‘Oh shit! I can sell and market this muthafucka like Pepsi? And he’s crazy and entertaining too? Oh, he’s a superstar. Oh he’s Elvis on crack.’

However, he does admit he and his friends weren’t really into Eminem when he first emerged.

“As much as I loved his approach, we wasn’t rocking with him like that,” he adds. “One thing I did know if you heard about an Eminem concert, it was gonna be flooded with women and those are the number one consumers of the product.”

In May, Jamar told Vlad pointblank, “White people will crown Eminem king because he sold the most records out of all rappers. But, when we go into every day life of black people, people who are the originators of this shit, we don’t fucking listen to Eminem.

The Brand Nubian MC is one of several rappers Em dissed on Kamikaze, his tenth studio album. Check out Jamar’s original comments below.