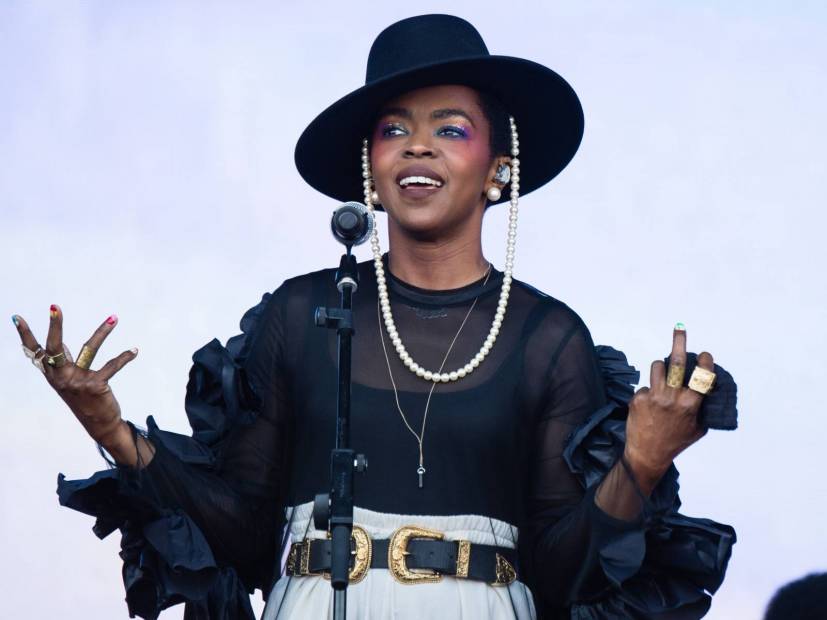 Par for the course, Lauryn Hill showed up unfashionably late to yet another gig — this time, she narrowly missed her slot at the Playground Festival in Glasgow, United Kingdom on Sunday (August 4).

The revered yet chronically time-challenged Grammy winner was scheduled for a headlining performance at the Rouken Glen Park event alongside acts such as Hot Chip, De La Soul and Little Dragon. But according to several tweets from concertgoers, Hill arrived 75 minutes late, explaining she was at her son Zion’s birthday party.

Just back from the #PlaygroundFestival in Glasgow, a cracking day/night apart from the appalling #Laurynhill who came on stage an hour and 15minutes late then played four shite songs before pissing off again. So-called headline act? Nah, she got the booing she deserved.

Hours after Hill’s abbreviated performance, she issued an apology via Facebook and vowed to make it up to her disappointed fans.

“My sincere apologies Glasgow for the late show and shorter set,” she wrote. “I appreciate the energy and support I did received from the great crowd, and the patience of the promoters. I hope to come back and make it up to the Glasgow audience. It is only with great respect and Love for my art and the audience that I take the stage every performance.

“I’ve thoroughly enjoyed my time in Europe, the crowds have been great and incredibly perceptive. I look forward to my upcoming shows in Poland, Italy, Denmark, and the U.K. Again, thank you, and my sincerest apologies for the shorter set. Respectfully, MLH.”

Of course, this is nothing new for Hill. She has a long history of missing her scheduled set times, but fans continue to show up in hopes they will be privy to a stellar performance from the former Fugee.

Read her statement below.