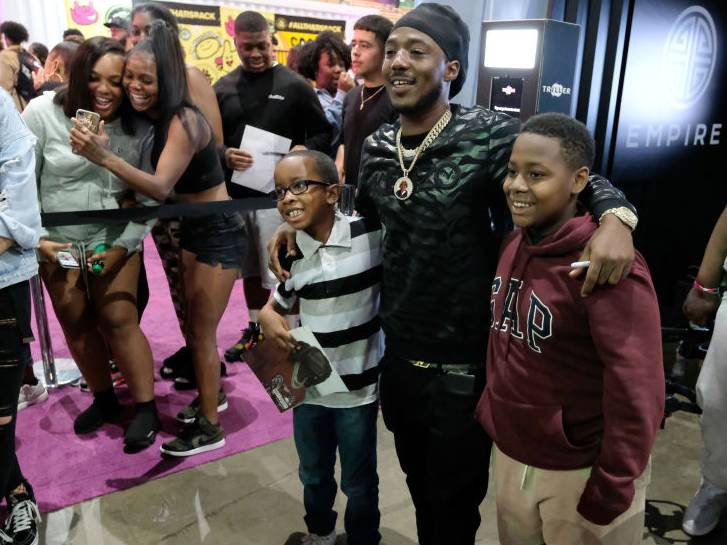 Los Angeles, CA – There is no doubt that one of the hardest working individuals from out the West Coast is Sacramento’s own Mozzy.

A full year hasn’t even passed since he dropped his Gangland Landlord project before dropping his most recent release Internal Affairs.

“I have an appetite,” Mozzy exclusively tells HipHopDX before kicking off the Mixtape’s promo tour at Los Angeles’ El Rey theater alongside Lil Poppa and $tupid Young. “This is something I’d do for free. When you get a check for it alongside the passion and love for it. It’s a total fulfillment. I don’t know anything else. This is it.”

The project features the single “Shine’n For Diamond,” a track he promoted by connecting with fans through popular transaction mobile app Cash App.

“I threw up my Cash App and they went crazy,” explained Mozzy. “On my momma I could have paid for somebody’s funeral with that money they sent. I ain’t going to lie, I felt like I was stealing from fans. My fans rock with me so heavy and do so much for me.”

In return for the gesture, Mozzy asked fans to send him their email address where he personally sent the single out to them.

“I sent that out months before I dropped the project,” he said. “They just motivated me to give back anyway I could give back. I did some challenges with the money.”

Regardless of his Big Dog Status, Mozzy just chucks it up to working with his peers.

“A lot of them, I do out of just looking out,” Mozzy said. “I look out for the loved ones. I’ll knock out a project with him, him and him or the bag may come into play. Bottom line is that I love what I do and I’m still not burnt out. It’s just full throttle for me.”

That hunger isn’t letting up anytime soon as Mozzy relayed to DX that he is working on a currently untitled project. Though details were sparse, he did give the status and tentative release date.

“This one is a little bit more personal,” Mozzy explained. “I’m going a little deeper and the songs that I have thus far, I’m just in love with. I’ve been wearing them out. No features thus far but they’ll come in time. I’m looking for someone to cry on the hook, I need someone I can compete with bar for bar and go ye ye. I’m about three or four songs deep at the moment. We gone get that before Thanksgiving.”

As fans await new music from NorCal MC and philanthropist, Mozzy also spoke on his cleaner lifestyle. Early last year, he kicked off his campaign against lean a.k.a. purple drank. During the El Rey show, he even had anti-smoking organization Fresh Empire in attendance.

“I still eat all the BS I eat,” he said. “I ain’t went vegan yet but, I’m cleaning up my lifestyle and I can feel the difference. I feel good. I’m enjoying life and loving it.”